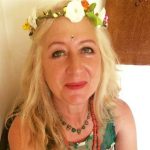 Back in the day, I  spent a month travelling around Spain with three nice men

Unravaged then by childbearing, my golden mane unthreaded with grey, I was buoyant with that delicious sense of infallible desirability that stems from being blonde in a Latin country – a burden that weighed heavily on my self-appointed protectors (a lover, a gay Spanish friend, and his Seychellois beau).

One night in Barcelona, seeking a likely watering hole, we arrived at a subterranean Tapas bar, deep within the labyrinthine bowels of the city. On entering the dimly-lit, testosterone-laden interior, a hush descended.  The patrons appraised us with a lingering and chilly hauteur, as we sidled up to the roughly-hewn bar, over which – immobile, taciturn and inscrutable as a statue – a blonde colossus presided. The behemoth, was (my Catalán friend whispered) a typical Basque – notoriously terse and hot-tempered – and under his brooding gaze, we were as flies during a siesta.

Bravely, we ordered the crudest red wine.  Balefully – muscles squirming like puppies under a jersey with every deliberate motion – the proprietor retrieved two bottles. We swigged furtively and with feigned bonhomie, our drinking pleasure marred by the Basque’s hulking, sinister presence. Bridling at his imperviousness to my charms, I vowed to make him like me …

The challenge presented itself serendipitously.  Behind the bar (and the Basque) was a hoist, leading to the ground floor above. The colossus clambered into it, and, accompanied by a groan of protesting ropes, emerged with a basket of vegetables.  These he proceeded to peel – evoking through his tender ministrations a picture of unexpected, bucolic charm. This, I realised, was my entrée. Making appreciative sounds, I plucked from my limited resource pool a word approximating “beautiful”.

“Grandé!” I ventured, eyeing the veg.

The giant’s transformation was instantaneous. Grinning, he responded with a gruff;’ “You like?”  Obsequiously, I nodded my assent.

Signally me to wait, he re-entered the hoist. Up it creaked. Grunting, foraging sounds issued from above.  Slowly the device descended.

The Basque re-appeared, proferring a gleaming green pepper … imposing in its girth, audacious and verdant as Pan himself! With suitable reverence, and another admiring “Grandé!”, I accepted his largesse.

Aglow with pride, the giant rose once more, returning this time bearing a gargantuan squash – rugged, warty, testicular.  Obligingly, I fondled its folds …

We drank deeply.  And so it continued, this wordless, primal courtship ritual.

With every foray upwards, my suitor brought forth ever more opulent bounty from the cornucopia of his larder, each successive offering enticingly fecund:  Eden’s lascivious first fruit – a tomato, silken, full-ripe to bursting; a single titanic carrot – knobbly, priapic, orange as sunset, a luscious sweet-melon, musk scented, oozing voluptuousness.

I abandoned myself to the concupiscent madness of the moment – purring, crooning, simpering and sighing – while the once-surly Basque beamed and preened.

By now, a rapt audience had gathered around our salacious vegetal tableau, and the air vibrated with a frisson of expectancy.

When my paramour descended again, the applause was tumultuous. His final tribute? An aubergine of spectacular dimensions:  mammoth … blue-black … glistening like the skin of a Nubian, bedewed with a delicate, post-coital sheen.

Over its slick, bulging hide, our hands lingered infinitesimally … then parted.

It was over, but – seduced by an ancient, Pagan magic – I glanced up from my ill-gotten gains, and affected a coy moue of dissatisfaction.

The Basque looked me full in the eye, his expression unfathomable. He shrugged to the room. Then, with ponderous deliberation, he re-entered the hoist, and creaked up out of sight. The bar fell silent.

This time, from above came only an almost imperceptible scuffling … and a lone grunt … enhanced by a massed, anticipatory intake of breath.  All eyes were fixed on the inexorable downward progress of the hoist…

“Peligro!  Let’s split!” squeaked a wobbly, anxious breath in my ear.  Then, without ceremony, my friends dragged me – flailing in protest – from the bar, across the room and up the stairs, leaving behind us a rolling wake of giant vegetables.

Secure in a nearby alleyway – a super-sized brinjal clutched to my heaving bosom – I sullenly asked why I had been cheated out of what was clearly to be the “Piéce de Resistance”. The guys stared at me, dumbfounded.

For the next four days, we feasted on eggplant.  And I discovered to my chagrin that in Spanish, “Grandé” means large!

Tree meals in the bush