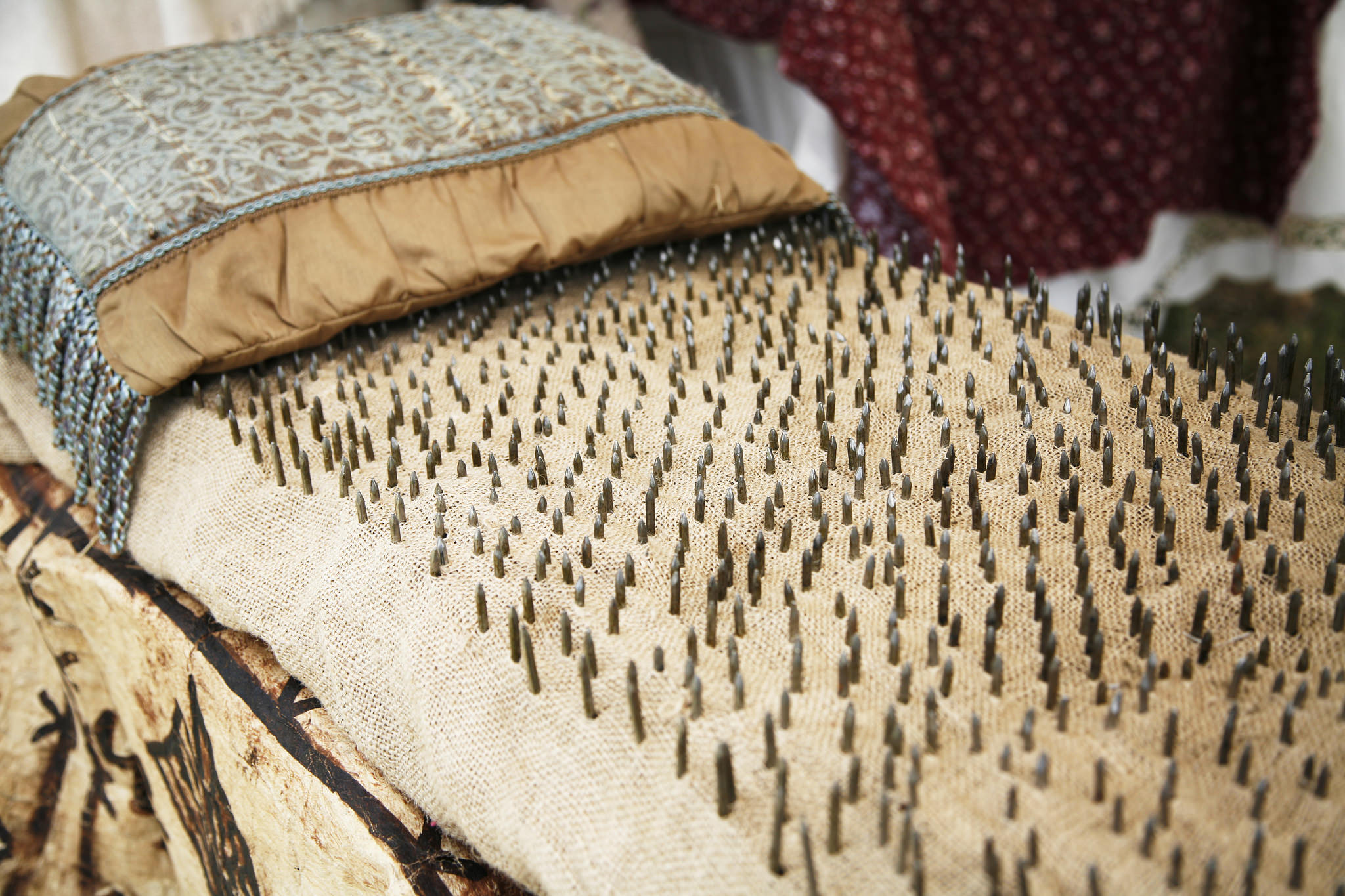 You should sleep soundly on holiday but it rarely happens because there is no bed like the home bed.
A Tibetan doctor of bones I met while floating on a houseboat across Lake Dal in the foothills of the Himalayas, advised that we abandon our beds and sleep on the floor. A venerable 78-year-old Tibetan doctor of bones knows about such things.
Dr Yee explained that lying on a flat, hard surface with spine and limbs straight, improved posture, guaranteed a good night’s sleep, and banished constipation, the root, he added, of most problems.
He pointed out that arthritis and rheumatism were virtually unknown in the wild. Had I ever seen a giraffe with backache?
Indeed, no giraffe I’d encountered had mentioned ailments, but then, who would question the word of a knowledgeable Tibetan bone doctor? I think about Dr Yee often.
A bed is such an integral part of our lives and so often when travelling, we have to rest our weary body in all manner of non-user-friendly divans, couches or bunks.
Tracking down a comfortable bed is a challenge.
In Barliloche, glorious home of the Andes and aged, escaped Nazis, I shared my bed with a vibrator. At first I thought I’d struck it lucky but not so. The bed rested against the air conditioner and when turned on, (the bed, I mean), I was blasted out.
In Mexico, sharing a bed with three others, the mattress was so soft we slid to the middle and took it in turn to sleep at the top, bottom and in-between.
A night in a hammock in the Seychelles resulted in me being unable to stand upright for a week and in Uganda, I found a bed that was so uncomfortable I may as well have slept on nails like one of my well-known predecessors.
In Germany, the mattress was so hard I had to salute it before climbing in and England’s antique beds from Queen Bodicaea’s time disintegrated on contact. I have taken Dr Yee’s advice literally. The bed problem is solved and the ubiquitous F words rule. Flat floor!