The hotel owner’s wife had taken to the bottle. Quite understandable when her philandering husband was having too many affairs to count. Thing is, the more she drank, the more she fancied the male guests.

With rates being per person sharing, single men were in short supply, so most of her ‘crushes’ were spoken for. The travel editor’s fiancé was no exception, but with each G&T that slipped down her neck, the young man grew more and more compelling. When flashes of her ample bosom failed to ignite anything more than embarrassment, she leaned in and kissed his head.

The travel editor exchanged harsh words with the hotel owner’s wife – a “desperate, predatory lush” according to her email – scooped up her beau, and checked out the next day, vowing never to return.

Hearing only his wife’s version of events, the hotel owner emailed me to demand I NEVER send this “difficult, uptight, narcissist bitch writer with issues” to their hotel again.

Sure, I had to tap dance and a sprinkle a few white lies about, but get this: A year later I see the writer at a travel conference. She tells me the hotelier at the same gathering, had said he liked her write-up so much that he wanted her to review the hotel again, something she should arrange with me.

When I went to confirm this,  his response was: “Oh, I just said that because the ghastly woman was in front of me. Don’t you dare send her back to my hotel!” The travel writer must be wondering why I still haven’t confirmed availability with her. Ja, nee. 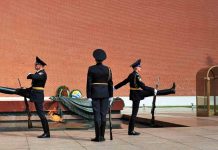