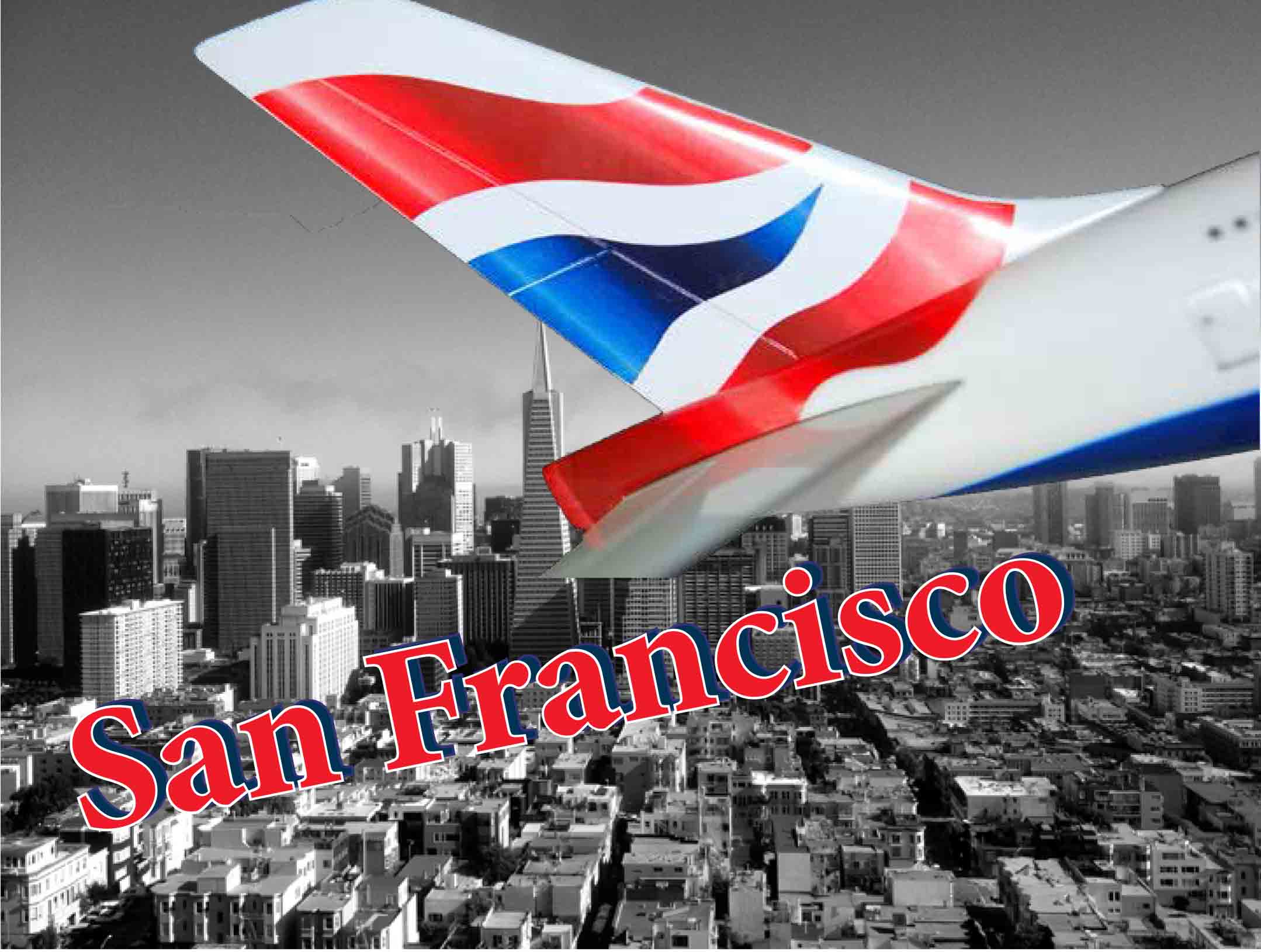 The British Airways superjumbo whispered down the runway, quieter than Jack the Englishman tip-toeing past a hungry ogre, and soared.

Cue popping corks and plenty of onboard fizz to celebrate the A380’s inaugural flight from London to San Francisco as assorted journalists from Europe, Africa, the UAE and India, celebrated the free flow of fermented fruit.

This was the high life, indeed. On arriving from Johannesburg, I made my way to the South Galleries lounge in Heathrow’s Terminal 5 where I met the affable Stephen Forbes, who represents BA in South Africa, and charming Claire Higgins, PR manager for British Airways, both of whom remained consistently calm and unflappable in the face of lost luggage, latecomers, and all the other little mishaps that invariably befall members of a large press group,  according to the Law of Murphy.

The lounge is one of the biggest I’ve been in and you could watch planes taking off from the enormous glass windows. The food and facilities were better than most I have encountered around the world. When I asked one of the servers if she had anything else apart from sandwiches and ham slices, she brought me a plate of fresh salad, coleslaw, and baby potatoes in their jackets. Now that’s what I call service!

Having just flown 10 hours, a hot shower in one of the sparkling clean bathrooms revived my spirits, but even better was a soothing Firm Up and Fly facial administered by beauty therapist Shannon French at the adjoining Elemis Spa. All the Elemis ladies are ever so friendly and you recline in a marvellous massage chair that irons out the knots in your neck and shoulders while you enjoy your treatment. It’s a fantastic pick-me-up and a great way to to prepare  for a trans-Atlantic (or any) flight.

Well, that and a flat bed, which goes without saying. A good night’s sleep in the clouds trumps food and in-flight entertainment every time. Stretching out with a soft pillow under your head is worth its weight in air miles.

My cabin seat turned out to be uber comfy in muted grey with seat-side storage useful for keeping your laptop and mobile phone in while they charge. I was on the upper deck in 53 D, a great place to be as there were two very spacious bathrooms, while the section behind us only had one. See the seat plan here.

Low lighting and minimalism lent a sense of calm (despite some air turbulence) and all the cabin attendants were friendly, especially the vivacious Catherine Dupasse, a Vanessa Paradis lookalike.

She could not have been sweeter if she’d been sprinkled with icing sugar and lightly baked. When she offered me a Kir Royale cocktail (for which BA is famous) in her lilting French accent, it would have seemed churlish to refuse. I must add though, that my flight between London and Johannesburg, went ever so smoothly too, thanks to the warm hospitality of Katie Betts.

Somehow she managed to talk me into at least three champagne cocktails – or was it four?  That meant I had no sooner brushed my teeth, slapped on the Elemis moisturiser, and pulled the quilted beige and blue blanket over myself, when sleep coshed me over the head with a sandbag.

Being otherwise engaged on the astral plane as it were, meant I didn’t get to enjoy the slow train trip through Norway – a seven-hour journey from Bergen to Oslo. It’s part of BA’s In-Flight Entertainment offering more than 130 movies and 650 TV shows on 12.1-inch personal touch screens with noise-cancelling headphones. More than 1,600 hours of entertainment keep boredom at bay and you can plug your laptop into one of the two USB sockets.

In Club Class, you are not aware of  your 468 fellow passengers because they’re spread across two decks, linked by staircases. And while I had a lovely chat with German journalist Svanja Lassen next to me, when the Champagne Taittinger Brut NV cocktails kicked in, the privacy screen was erected at the push of a button.

The three-course dinners on board were gourmet standard, washed down with a choice of five top Champagnes including the Kir Royales and Bucks Fizz plus a choice of French or South African red and white wines. Both the Demoiselles de la Font du Loup 2013, and Oldenburg Syrah 2011 from our own Stellies, married beautifully with the tender filet served with parsnip dauphinoise.

The fab wine list is thanks to the expertise of Chris Cole is British Airways’ food and beverage manager.

The landing was super smooth. And thanks to a couple of satisfactory REM cycles, I’ve never known a flight go so quickly and pleasantly. Cheers!