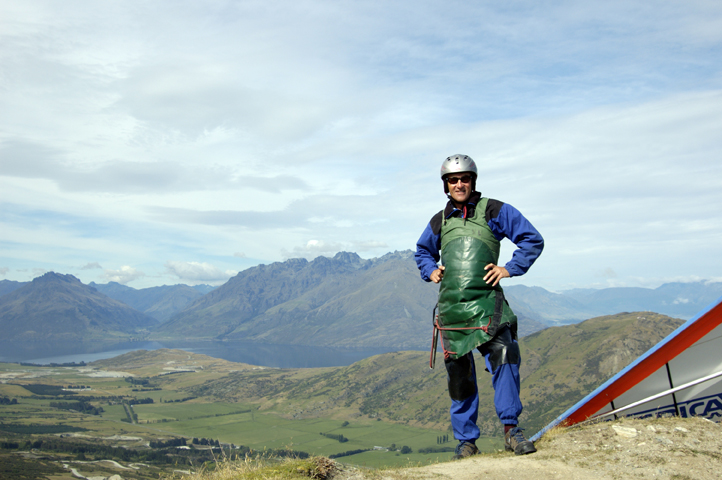 Glossy brochures wave exotic names under your nose and promise to unleash your inner beast. After a few adventures you learn to distill the truth

I hurt. Every part of my body is lacerated, bruised or bloodied. My right foot is sprained from a mistimed leap in a rocky creek. I have a jagged cut on the same foot. Both calves are scratched from walking through scrub. My right knee aches and my ribs are scraped where I went over a waterfall on my stomach. The insect bites all over my back have swollen into long bumps and something is wrong with my lower spine. Hands are covered in cuts and a spectacular blister has formed in the crook of my left thumb.

I also have a runny nose and a sore throat from a night spent freezing to death on a riverbank – all in the name of adventure travel.

In the above case, the adventure was a seven-day safari through Kakadu National Park at the top of Australia’s Northern Territory. To be fair, there were days when we camped beside waterfalls and awoke to honey eater warblings, when the wind blew hard enough to drive the flies away. What we did not expect was so much dust, blood and blisters. And a vegetarian tour leader/cook whose ability to live on mung beans translated into a near starvation diet for the carnivores in the group.

Glossy brochures wave exotic names under your nose and promise to unleash your inner beast. After a few adventures you learn to distill the truth. When the brochure talks about “extending the dimensions of human experience” this means you’ll be sharing a bowl of rice and unidentifiable meat in a remote third world village where the concept of a toilet has yet to dawn. When a journey “demands a commitment to reach deep into your inner resources” this means when you break your leg going over the rapids, you’ll just have to tough it out in the bottom of the raft for the next three days. What you will most likely discover is that you really do prefer a soft bed and drinking water free from brown matter.

Watch out for the word “challenging”

It usually means that at some stage, you will find yourself dangling off the end of a static line with a thousand metres of blue sky between the seat of your pants and terra firma.

Ask me. A highlight of my trek through the forests of northwest Thailand was an elephant ride through the jungle. I should have suspected something was wrong when our tour leader – a man who once fought with the Kachin rebels against the Burmese army – chose to walk. For a while the elevated view from the elephant’s back was certainly an improvement on the pedestrian’s panorama. Every now and again my elephant would detour into the vegetation and snack on a small tree. Bits of jungle would tumble into my lap, sometimes with spiders still attached. The problem came when we crossed a stream and the elephant decided to cool off. There was a noise like a bath emptying as it inhaled a trunkful of water and then it arched its trunk over its back and blew hard. There was no escape. The muddy water hit me like a fire hose. The mahout – who ducked – laughed so much I thought he was going to fall off.

Stay off camels too

Four days bouncing across the Great Thar Desert in the Indian state of Rajasthan sounded fun but from the first insubordinate moment, when my camel refused to respond to the command “hut!”, I realised it was under no such delusions. The main danger in crossing the desert was not thirst, raiding parties, sandstorms, scorpions nor quicksand but tedium.

Deserts are boring beyond belief. Four days of swaying across the flat, baked, featureless landscape makes a traffic jam on a freeway seem thrilling. Some people are made for this sort of thing. Wilfred Thesiger once covered 180 kms on a camel in one day. Thesiger revelled in dangerous, difficult places, at a time when the notion of low-impact travel was still remote. “I shot 70 lions in the five years I was in the Sudan,” wrote Thesiger during the 1930s. Arabian Sands, Thesiger’s account of his travels with the Bedouin in the Empty Quarter of Saudi Arabia, is punctuated with desert bandits, difficult camels and a stirring mix of hardship and heroism. Neither adventurers nor adventures of this calibre are easy to find these days, or are they?

I’ve just found a brochure on trekking in Pakistan. Seems there’s an interesting walk along the Concordia Valley to the base camp of K2. There are a couple of rope bridges that sound a bit dicey, but provided it doesn’t snow below 3,000 metres, your granny could do it blindfolded – or so the brochure says.

BA tots up another treat

You can’t be Sirius!