There’s a whole lot happening in the skies right now – and it’s changing the world as we know it.

Let’s see. First, we have the winter solstice (summer in the north), signalling a change of season and a shift in timing. ‘Solstice’ means ‘the sun stands still’ – or seems to – and changes direction. We’re now officially in winter – in case anyone hadn’t noticed. The point is, for a few moments, the world is at a standstill, giving us all a chance to change direction and rethink our movements.

At the same time, the sun moved into Cancer, and suddenly we’re asking ourselves what nourishes us, where we belong, who our tribe is, where we feel at home. These are bigger questions than you think.

The solstice started at 23h42 last night, taking us through the longest day to the sunrise at 06.55 this morning. Feel the energy move.

But that’s not all. At 06h57am this morning, the Ring of Fire Solar Eclipse hit the skies, lasting 21 minutes, passing through the Congo, Sudan, Ethiopia, Yemen, Saudi Arabia, Oman, Pakistan, India, China, Taiwan, parts of Australia.

These are powerful energies – and they’re demanding a change of leadership.

The last time we had energies like this was in June 1955, when Martin Luther Kind led the first march of the Civil Rights Movement, and the Warsaw pact was signed, creating the Alliance of European Communist Countries. Interestingly, the president of the US suffered a heart attack the same year. He wasn’t happy.

Before that, we had the Russian Revolution in 1917 and before that, Napoleon started his march through Europe in June 1799.

The Ring of Fire sits on a wildly stormy constellation, bringing natural disasters (yes, more of them) and intense political events. This is where the old guard introduces a whole bunch of ridiculous laws to keep the masses under control – and another bunch of charismatic leaders decide they’ve had enough, and rise up to take over.

Of course, China has been trying to buy up the entire world – and certainly large parts of Africa  – for some time. And they’ve succeeded. Africa has the kind of leaders that will happily sell their country for a few billion.

So. Do we all end up being ‘re-educated’ in China? Or do we use these amazingly magical times to rediscover our power? We’re extraordinary beings – each one of us powerful enough to change the world single-handed.

This is our chance to change the world, to redefine our lives, to buy ourselves a gigantic wand and to MAKE SOME MAGIC

We don’t want to waste a second. 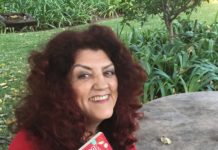 Advice for the starry-eyed