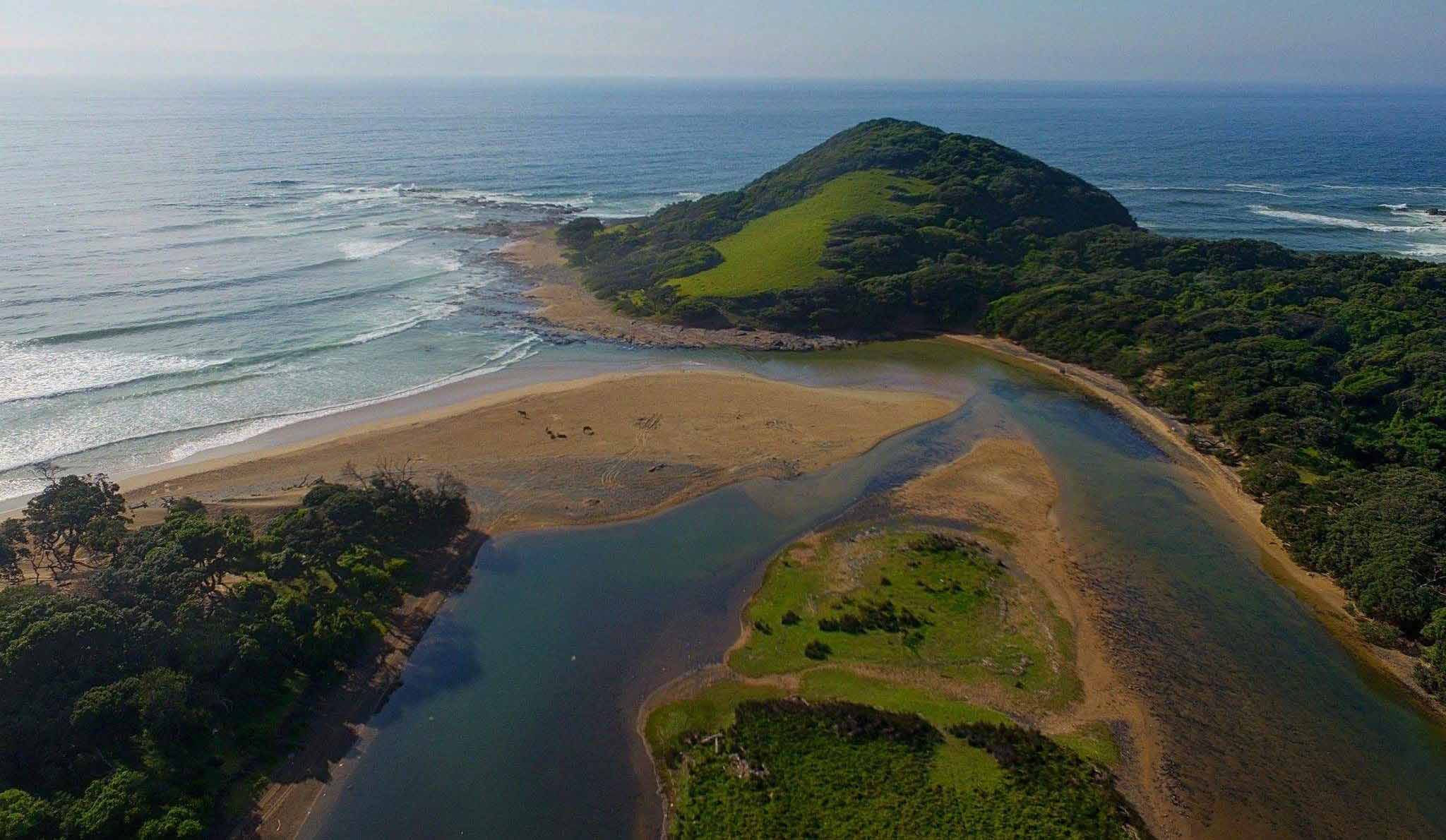 Hikers will never run out of walks or waterfalls here and surfers will find a paradise on the beach, considered one of the best spots to learn to surf

Off the beaten track in a remote rural community, Coffee Bay on the rugged Wild Coast between Port St. Johns and East London offers awe-inspiring attractions.

A great beachcomber town, Coffee Bay is full of rustic lodges, bars, sandy beaches and unforgettable hikes. A tarred road from the N2 has given it an access point lacking in the majority of other rural Eastern Cape towns and allowed for a steady stream of tourism over the years.

The Wild Coast is so named after the large number of ships wrecked on its shores. When you stand on the coast overlooking kilometres of unspoilt beaches, the distant cliffs plunge straight down into crystal clear waters, as if the continent ends at the shoreline. In a way it does. The continental shelf can be found a mere 3km from the shore, unlike the usual 30km or more, which allows for great shore angling.

Cob, steenbraas and salmon are regularly fished out from spots around Coffee Bay such as Kelly’s and Frank’s Rock’s where bronze bream, galjoen and zebra can all be caught. Sugarloaf point is amazing for gully fish at low tide and Du Toit’s point near Bomvu river is incredibly dangerous but very lucrative with massive Cob, Garrick, shad and kingfish.

March sees the start of crayfish season where this succulent delicacy can be caught or bought from locals at low prices. Deep sea fishing is a short trip from the shore, not a long journey on the boat.

Hikers will never run out of walks or waterfalls here and surfers will find a paradise on Coffee Bay beach, considered one of the best surf spots to learn with more up and down the coast. Breezy Point, The Haven, Mpame and Sharpleys reef are but a few of the famous surf spots found near quiet Coffee Bay.

There is a popular surf school here and it’s also a great area to go horseback riding, cliff jumping, abseiling or snorkelling. There is so much to see and do in Coffee Bay, many travellers have never left.

Accommodation options in Coffee Bay range from 3 or 4 star hotels like Ocean View or Hole in the Wall to backpackers, campsites and rural home stays.

The town is part of the Tshezi Xhosa community from the once independent homeland, the Transkei, and the people here still struggle with the lack of development, basic service delivery, few schools and little education, all of which perpetuate this cycle of poverty.

Tourism benefits locals by bringing money into the area. The Coffee Bay website offer travellers information to enhance their stay here and connect them with the locals by showcasing work being done by charities and NGOs throughout the area. This is key to the successful continuation of tourism in the Transkei.