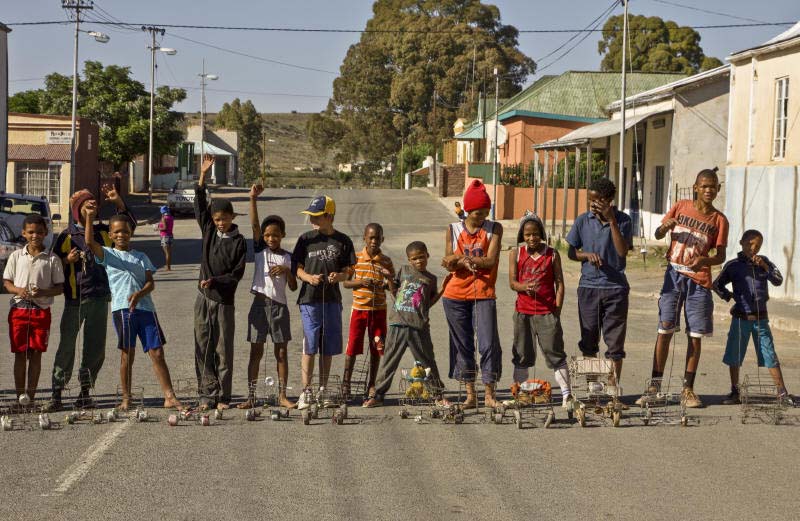 There are two kinds of South Africans: those who live in the Karoo, and those who would like to. Once home to 200-million-year-old Moschops, the Khoisan, Olive Shreiner, Helen Martens, and Chris Barnard, the characters that live in the Karoo today are all spectacular in their own way.

I adored Karoo Healer, the tale about Johannes Willemse, who brought back from the brink of death, his ma, and also Antoinette Pienaar, the shaman’s apprentice who arrived at Theefontein like a “sick old lady”.

That was more than a decade ago and  “Juffrou” Antoinette still learns from “Oom” Johannes and broadcasts their knowledge over Radio Sonder Grense. Other “kool mense” include Koos Kombuis, the Silver Creek Mountain Band who pass through every so often, and oh ja, Vusi Mahlasela, aka “the voice” – like “glorious rain” – who sings a song called Conjecture of the Hour, which contains that biblical conundrum from Mathew 16:26: “What avail it a man if he gain the whole world but lose his own soul?”

Vusi wears an anti-fracking T-shirt and speaks of the power of forgiveness.

I say when it comes to fracking, forgiveness won’t cut it and neither should it. Just ask Professor Gerrit van Tonder, a groundwater expert at Free State University who earned the support of every Karoo inhabitant and thinking South African when he – after further research – did an about-turn on his “fracking-won’t harm” stance to unveil the true catastrophe that awaits our priceless Karoo if Shell’s dark, satanic drills are given free reign.

Authors, Chris Marais and Julienne du Toit, stalwart journalists, poets, musicians, anti-fracking leaders, and all round awesome peeps tip their hats to him in this marvelous book, along with sculptor Frans Boekkooi, the Riel Dance Queen of Namaqualand, a donkey whisperer, the Water King of the Karoo and all sorts of fascinating characters. The images come across as the sort Herman Charles Bosman might have taken had he decided to convey his descriptions through photography. The prose is on a par.

Julienne du Toit and Chris Marais are two of South Africa’s finest journalists and reading their stories is a delicious pleasure. In their words: “This book is our gift to the Karoo, all who travel through it, all who live in it – and those yet to discover this super-friendly desert in the middle of South Africa.”

Only problem is that it’s made me restless again. There’s something about the Karoo that captures the heart of every South African that has ever passed through. This book will only make you long to be part of their world. Buy it.

Gnome on the Range

Sliding off the tracks

A town of two halves