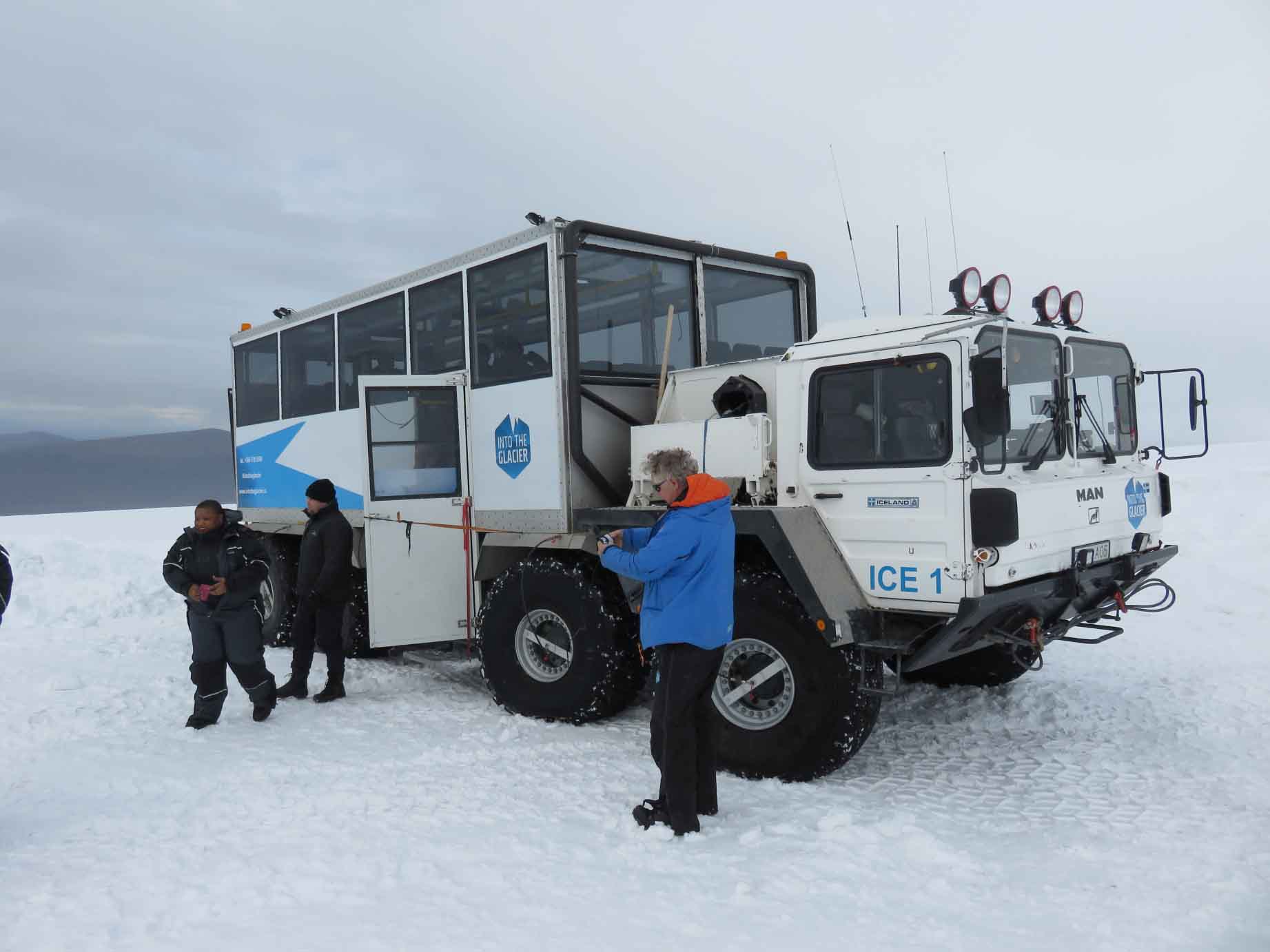 It is cold. Understandable, since I am 30 metres down and nearly 550 metres inside a glacier. However, at 1 degree it is still warmer inside than the -3 degrees at the entrance to this remarkable place, the Langjökull glacier in Iceland.

The entrance to the ice cave is high on the surface of the Langjökull glacier, Europe’s second largest ice cap and was opened to the public in June last year, the culmination of a project that started in 2010 when Baldvin Einarsson and Hallgrimur Örn Arngrímsson decided to take people inside the heart of the remote and extraordinary glacier ice cap to see the magnificent ‘blue ice’ that is buried deep beneath the surface.

In the silences between touristy ‘Oohs’ and ‘Aahs’ the only sound is of water dripping – a real time alert to the global warming that is a reality and not just marketable fiction. According to Ari Trausti Gudmundsson, geologist and author: “They (glaciers) are losing about 0,2% to 0,3% of their mass every year. And Langjökull, this big ice cap, if this trend continues, there will be no ice cap here in 150 years.”

The tunnel walls themselves provide a rich history with each visible seam translating into years of good snowfall, warmer than usual summers, very cold winters and, of course, the one seam containing the ash fallout from the 2010 volcanic eruption that shut down air travel over Iceland and much of Europe.

At one point the route crosses a wooden bridge spanning a naturally formed crevasse – a crack in the ice sheet formed when the mass of ice was forced upward and over a knoll. Extremely beautiful with ice ‘stalactites’ and ‘stalamites’ everywhere, it is also quite sobering considering this is just 30 metres down and nobody is sure how deep it actually is! At that point the glacier is estimated to be 165 metres thick.

Getting up to the entrance of the ice cave is an adventure in itself. Tour guide Arngrimur Hermannsson drives visitors in a modfied version of a NATO rocket carrier. The behemoth has eight driven wheels and 48 gears along with an on-board system to inflate or deflate the giant tyres that allow it to ‘float’ on the snow or drive the kilometre or so from the base at Husafell.

A two-hour drive from Reykjavik, there are a number of tour package options including a helicopter visit – www.intotheglacier.is