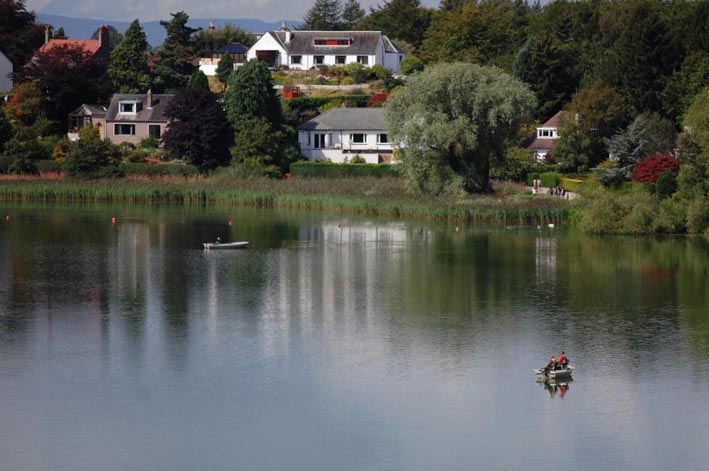 JIM FREEMAN frequents its pubs and samples the grub

THERE was a wee fuss in the Scottish newspapers about a teenage fare-evader who gave an elderly train conductor a gobful, prompting another passenger to pick him up by the scruff and dump him off at the next town.

That was Linlithgow and I remember thinking: “Welcome to yob hell, ya plooky scunner!” Have you ever taken a train through a town en route to another and thought –  One day I must get off here and have a look around”?

That’s Linlithgow for me… just 25km by rail from Edinburgh on the way to Falkirk and Glasgow, one of those classic middle-o’-naewhere Scottish towns rich in the country’s history. I’d last been there as a boy – either the late 60s or early 70s – with my mother and all I could recall was that Mary Queen of Scots had been born at Linlithgow Palace. Pals in Falkirk, who know about these things and have taught me well, also told me there was a bloody good pub there, The Four Marys.

It wouldn’t be hard to find, they added.

Well it would if you blinked.

Like so many country towns in Scotland, Linlithgow comprises a High Street and not much else by way of urban sprawl. Nor, from what I could see, does it offer much in the way of diversion for anyone under 40.

Lore has it that a miscreant was chained to an oak tree in the middle of the loch below Linlithgow Palace … sentenced to starve to death for his crimes. Days passed and, to the townspeople’s bafflement, he showed no signs of dying.

They discovered that, each night, his pet greyhound swam to the island bearing food and water. They were so impressed by her loyalty that they chained her to the same tree and let her die at his feet. Then they put “the black bitch” on the town’s coat of arms.

By contrast, right next to the palace is the parish’s 900-year-old Church of St Michael, whose motto is “Kind to strangers”. It’s a daffy structure, predominantly old stone but topped by an aluminium structure that invokes “ET phone home” rather than staunch Presbyterian worship. The spire, erected in 1964 after the decrepit original was torn down in 1821, is said to represent Christ’s crown of thorns.

One interesting feature of St Michael’s is the “leper’s squint”, a peephole near the door through which those thus afflicted could watch and hear services without contaminating other worshippers.

For history buffs, the highlight of a day trip to Linlithgow is the palace.

You get to this glorious ruin by climbing the Kirkgate, a short wynd up from the Cross (as the town square is known), which features an ornate well carved in 1807  by   a  one-handed stonemason. The mind boggles.

Mary’s father, James V of Scotland, was born in the palace. Over the entrance hang the coats of arms of the four European chivalric orders to which he belonged: Thistle, Garter, St Michael and the Golden Fleece of Burgundy. According to local promotional blurb, “these were status symbols which signified James’s membership of an European elite whose members followed certain codes of conduct in society and warfare”.

Linlithgow has a unique spot in world crime history. When James Hamilton shot James Stuart, first Earl of Moray, in January 1570, it was the first political assassination using a firearm. Moray was Mary Queen of Scots’ half-brother acting as Regent of Scotland on behalf of his young nephew (Mary had already abdicated the Scottish throne in favour of her son) when he was shot.

There is little sense of this morbid history at Linlithgow Palace (except on lowering days, of which there are many in Scotland) and it’s a wonderful place to take hyperactive kids. They can run up and down innumerable staircases and across the flagstones of the central courtyard and banqueting hall, shrieking to their hearts’ content with no one but their parents to chide.

There’s a fascinating inscription in the great hall: ‘An indication of the food consumed at Linlithgow when the King was in residence is provided by the household accounts of James V. On Saturday 19 December 1528, for example, there were bought and consumed 95 loaves of bread, 23 gallons of ale, 40 white fish, 400 codlings, 200 herring, 4 salted salmon, one halibut, two pike, unspecified quantities of scallops, eels, cuttle-fish, butter, cheese, eggs and apples.’

This takes one nicely to the aforementioned Four Marys for a pint and lunch.

The building that houses the pub-restaurant was about 50 years old when Mary Queen of Scots was born but it takes its name from four of her ladies-in-waiting – the Marys Beaton, Seton, Fleming and Livingston.

It was genteel, a word that rightly describes the rest of the town, and those sitting around me looked like retired businessmen and their starchy spouses.

Since I was in Linlithgow for less than a day, I only sampled about half a dozen pubs and none of them had the spit and spilled beer atmosphere that characterises Leith Walk (Edinburgh) or the Gallowgate (Glasgow). Perhaps I didn’t try hard enough to find a howff but I doubt one exists in that part of West Lothian.

In truth, Linlithgow is a lovely place to visit for a day but there’s little to keep you any longer. It’s a dormitory town whose residents are top management and directors in Edinburgh, Glasgow and Stirling businesses, or retirees.

If you’re quite fit, I’d recommend getting the train in the morning and taking the short walk from the station to St Michael’s and the palace.

Have a spot of lunch or, if the weather is good, stock a knapsack and make your way back past the station to the Union Canal.

Follow the scenic 14km towpath to Falkirk, where you can stop off for a couple of bevvies at Behind the Wall. It’s a real pub and Falkirk’s Grahamstown station is just across the car park for when you need to get home.