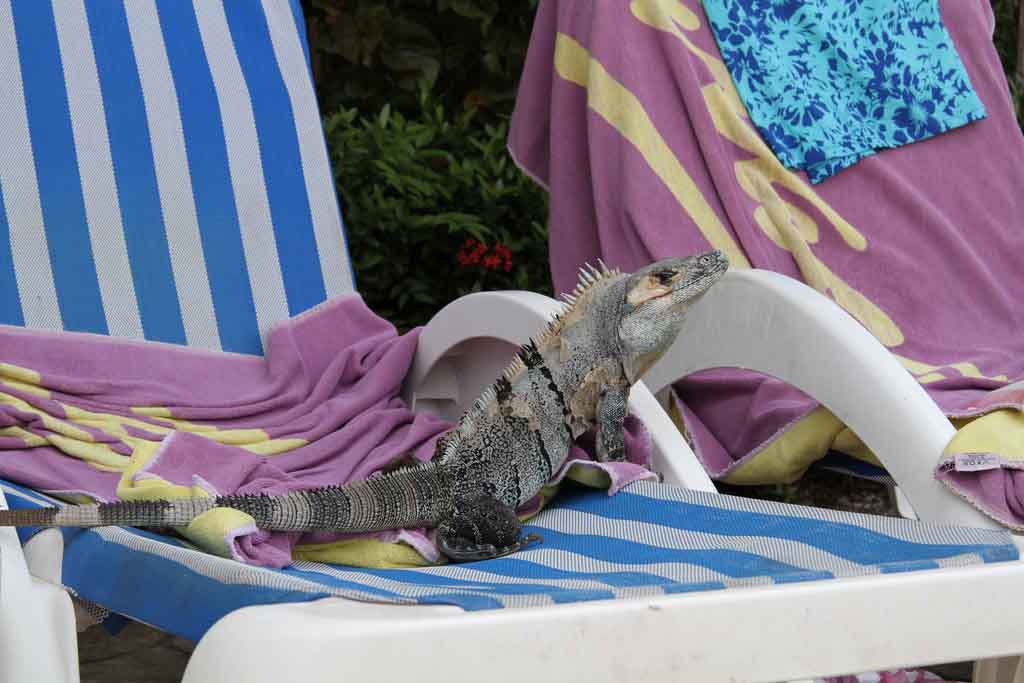 When you grow up in the African bush, it is not uncommon to emerge from your tent to find an elephant investigating oranges in the tin trunk strapped to your 4×4. Lion would wander through our campsite and we had to bang a frying pan against a pot to make these great cats retreat (very satisfying). With four children we’d sleep in a circle around a huge campfire at night, taking turns to add logs and keep watch.

Once during supper, we heard a leopard’s rasping saw-like call and saw him climb on a screeching baby buffalo’s back to bite it. The calf’s mother chased the leopard away. Apparently he was old and desperate.

A few years ago, my late husband Rob, and I, crossed the Atlantic and settled on the small, friendly island of Key West where lions, elephants and giraffe do not roam. What does roam here is a diversity of human animals. And chickens. Key West’s early-rising roosters wander the streets with abandon. In days long past, locals would bet on notorious cock fights.

Reef Perkins, a local friend, says the often frenetic behaviour of the Key West chickens is because they’re on drugs. When police stop suspected dealers, packets of crack are flung from pockets and the ubiquitous chickens lunge and gobble the contents. Well, it’s a great story.

It was while floating in our tiny pool in our small tropical garden that I spied a small croc-like creature that turned out to be a large green iguana.

Yay, I thought, we have wildlife in the garden. That was before I learnt iguanas are invasive (from South America and Mexico) and voracious. They lurk in the trees and will eat every plant in your garden. Worse, they are partial to water and think nothing of making giant stinky poos in and around your pool.

In weeks my hibiscus shrubs with their glorious yellow, red and pink blooms, orchids and fruit trees were stripped, along with everything else I attempted to plant. It was war!

I bought foul-smelling iguana deterrant spray which made the garden smell like a giant latrine. I placed guards around the shrubs, to no avail. The sneaky buggers found their way to the succulent buds.

I hid behind shrubs with a loud leaf-blower hoping the din would scare them away. Nada. I clanged pots and pans. The neighbours complained. I came outside to drink my coffee only to find the iguana had usurped my garden chair.

“Shoo,” I yelled. She turned her backside towards me and released a poo.

Something had to be done. Another local, Robin Robinson, came up with a “fool-proof method” to get rid of iguanas: Grind many aspirin tablets, slit a grape, place the crushed aspirin inside, then spread the grapes enticingly around the pool. Iguanas are partial to grapes and should they spot them, will gobble them up until the aspirin overwhelms them and they fall asleep for ever . . .

I did as instructed, carefully inserting all the crushed aspirins inside plump green grapes that I randomly scattered around the garden. A few hours later I found Rob, sleeping next to the pool.

“Hi,” I said. His eyes stayed closed. I did a quick aspirin-grape check – not one to be seen! 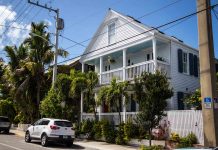 A place for primates