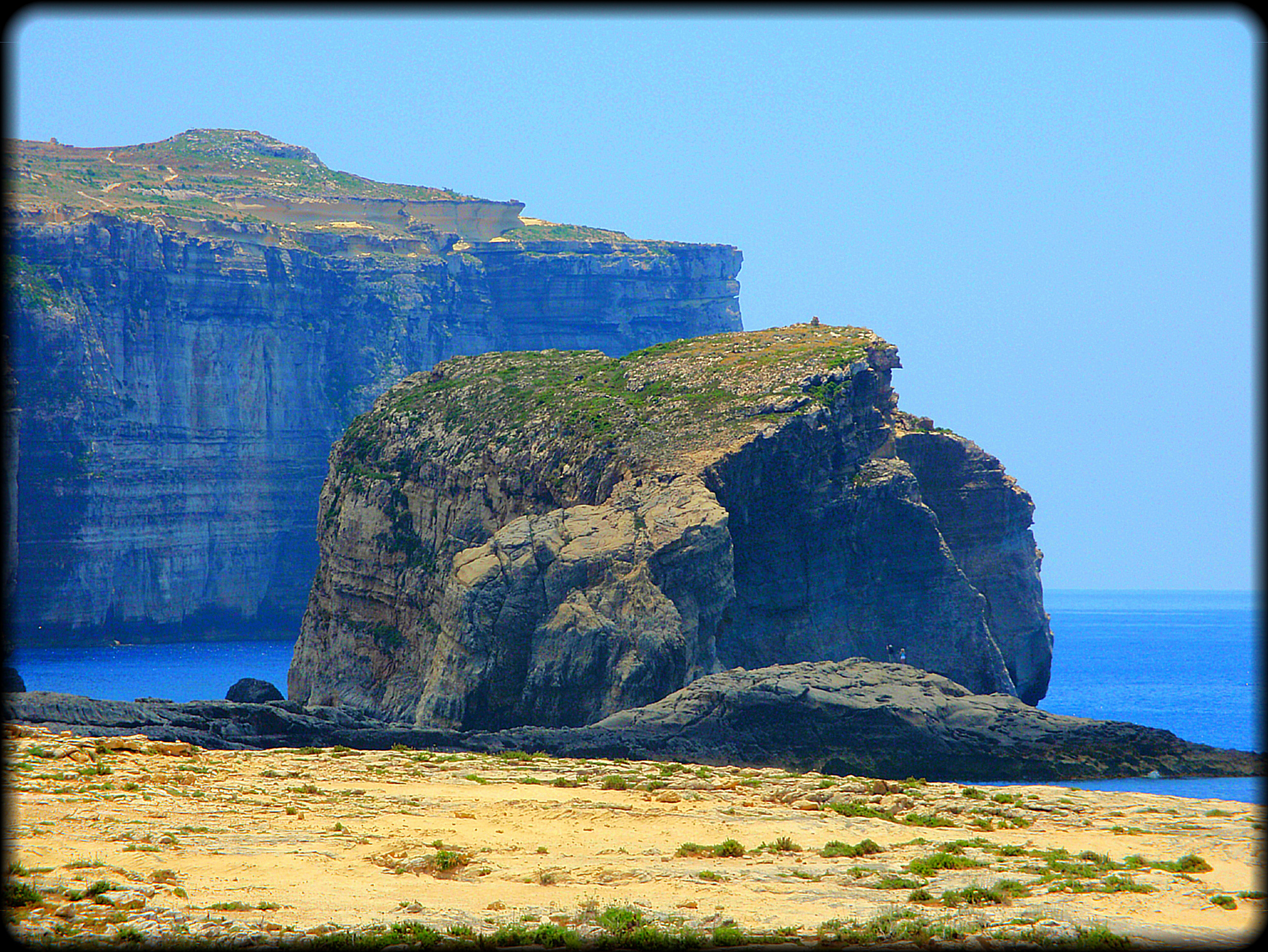 For its size (316km2 in total), Malta has played an important part in history. Comprising three main islands – Malta, Gozo and Comino – it is situated in the middle of the Mediterranean Sea, between Sicily and North Africa

During WWII this strategic location saw Malta become a base for Allied attacks on enemy ships en route to North Africa, and on the Italian air and naval bases. Malta has the dubious honour of holding the record for the heaviest sustained bombing attack, totalling 154 days and nights and 6,700 tons of bombs. The Maltese are the only entire population to be awarded the George Cross.

But war was not on our mind when we arrived in Malta. We headed straight to the beach and took our first dip in the warm, wave-less waters of the cobalt blue Med at Exiles’ Bay, before indulging in what turned out to be a terrible Maltese white wine at Paradise Exiles Bar.

The first taste of gbejniet, a soft, smooth goat’s cheese, saved the afternoon. It arrived in a salad of sweet Rosa tomatoes and crisp arugula (rocket), served with Maltese olives. My husband opted for the rabbit pasta, a Maltese favourite. With images of fluffy bunnies running through my mind, I couldn’t bring myself to try it.

Later, visiting the Ħal Saflieni Hypogeum in Paola, we found ourselves standing in the only Neolithic underground temple and burial place of its kind in the world, dating from 4000 to 2500BC. Like the other Maltese Neolithic temples at Ħaġar Qim, Mnajdra and Tarxien (all above ground), it offers a mysterious view into an ancient world.

Wandering the capital, Valletta, built by the Sovereign Military Order of St. John of Jerusalem, who ruled Malta from 1530 until 1798, we see the Knights of St. John’s eight-pointed cross emblazoned on everything from buildings to bumper stickers. We marvel at the filigree work and stop at the elaborately gilded St. John’s Co-Cathedral, adorned with artworks by Caravaggio and Mattia Preti, experiencing a true visual overload.

Taking the ferry to the more rural island of Gozo, we discover the shortcomings of Google Maps. In search of Dwerja, we arrive in a quarry on a rocky dirt road to find it blocked by a parked tractor. One 36-point turn and an hour later, we make it to Dwerja, site of The Azure Window. Kicking ourselves for not bringing snorkels along, we settle for photos, a swim and then a cold Cisk beer on the shores of the nearby Inland Sea.

At the Saturday Marsaxslokk market, we get our first taste of imqaret – deep-fried date-filled pastries fragrant with orange blossom water and spice. We later learn to make these under the controlling tutorship of a celebrated Maltese food writer, along with Lampuki (dorado) pie.

Gazing across the low stone walls from the windy Dingli cliffs, we lament the lack of birdlife. The Maltese enjoy an annual “spring hunt”, shooting migrating birds as they pass through the island.

If you’re a diver, a history buff or a sun worshiper, Malta is worth a visit. If you’re a birder, however, you’d best choose a different holiday destination.

It Mostar Be Love!