I first met Miss Universe Zozibini Tunzi a few months ago in New York. She had just been crowned Miss South Africa and we were doing a media interview about her debut on the runway at New York Fashion Week. My sixth sense told me she’d be back in the Big Apple soon. I didn’t realize quite how soon!

The second time I met Zozi was again in New York – a few days ago. This time, she had beaten contestants from 90 countries to be crowned Miss Universe 2019!

The winner of the pageant is required to relocate to New York (headquarters of the Miss Universe Organization) during the year of her reign. And with that relocation, come many perks – including a huge platform and opportunity for Zozi to support her causes and charities.

One thing that’s in the beauty queen’s favour, is her love of good food, and her openness for trying new delicacies. When we met the first time, the 26-year-old from Tsolo, Eastern Cape, told me all about the new foods she’d enjoyed.

Considering New York has some of the finest restaurants and eateries on Earth, I knew our South African beauty icon, would not be starving during her reign in the Big Apple. “I tried a New York bagel for the first time,” explained Zozi with excitement, when I met her the first time.  “A bagel with salmon and cream cheese …”

Which brings me to one of my absolute favourite places for a bagel with salmon and cream cheese, called Ess-a-Bagel (831 Third Avenue, New York, NY 10022).  People go out of their way to make the pilgrimage to Ess-A-Bagel – so get there early or at off-peak hours, before the line starts forming around the block.

My usual order is a combination cinnamon raisin bagel topped with nova lox and an extremely generous portion of cream cheese of any variant.  New York bagels, unlike anywhere else in the world, really have the baked fresh “chew” factor, along with density.

Miss Universe also loves hot chocolate, and fortunately, many of the cafés in the Big Apple offer excellent hot chocolate options.  We met at the Lafayette Grand Café (380 Lafayette Street, New York, NY 10003) – a French grand café and bakery from Chef Andrew Carmellini on the corner of Lafayette Street and Great Jones in Manhattan’s NoHo district.

The hot chocolate consistency was rich and full of flavour, while my cappuccino was one of the most delicious I’ve had in New York. And let’s not forget cheesecake! Zozibini loves the famous New York cheesecake – so I recommend Magnolia Bakery (401 Bleeker Street, W. 11th and Bleeker Street, New York, NY 10014) In addition to the famous cheesecake – definitely go for the red velvet cupcakes!

Finally, if Miss Universe should get homesick for her (and Nelson Mandela’s) favourite Umngqusho – samps and beans mixed in with beef stew – the next best thing to going back to South Africa, is Kaia Wine Bar (16 4 3rd Avenue, New York, NY 10128) which has some delicious South African food, wine, and yummy bobotie! 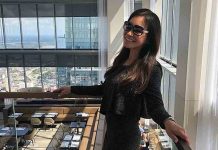 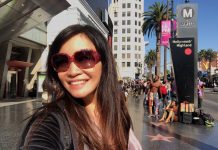