Seeking a weekend getaway in the bush at a discounted rate?  Explorer Camp, at Shamwari Private Game Reserve in the Eastern Cape, is the third of seven lodges to reopen for bookings

During the guided walks, rangers share their knowledge of the history and culture of the region, the diverse flora, abundant birdlife, and the many animals on the reserve, including the big five.

Although officially open from January 1, initially for weekends only and a minimum three-day stay, Shamwari will open Explorer Camp  earlier for guests who would like to enjoy an unforgettable New Year’s Eve deep in the bush.

CEO Joe Cloete says the decision to gradually re-open three of its seven lodges was predicated on keeping overheads down until demand recovers and to allow for the implementation of strict health protocols.

“By opening incrementally we’re able to keep operating costs down, which in turn allows us to offer unprecedented rates to South African domestic guests. It is also in line with the health measures put in place during the shutdown to ensure peace of mind for our guests while providing an uncompromised wilderness experience.

“Private game reserves play an essential part in conserving South Africa’s natural heritage. Tourism is what funds these conservation projects and every rand spent contributes to a business model that absorbs the cost of wildlife conservation, protection and rehabilitation.” 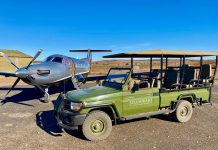 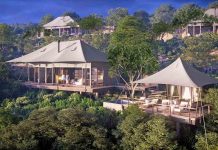