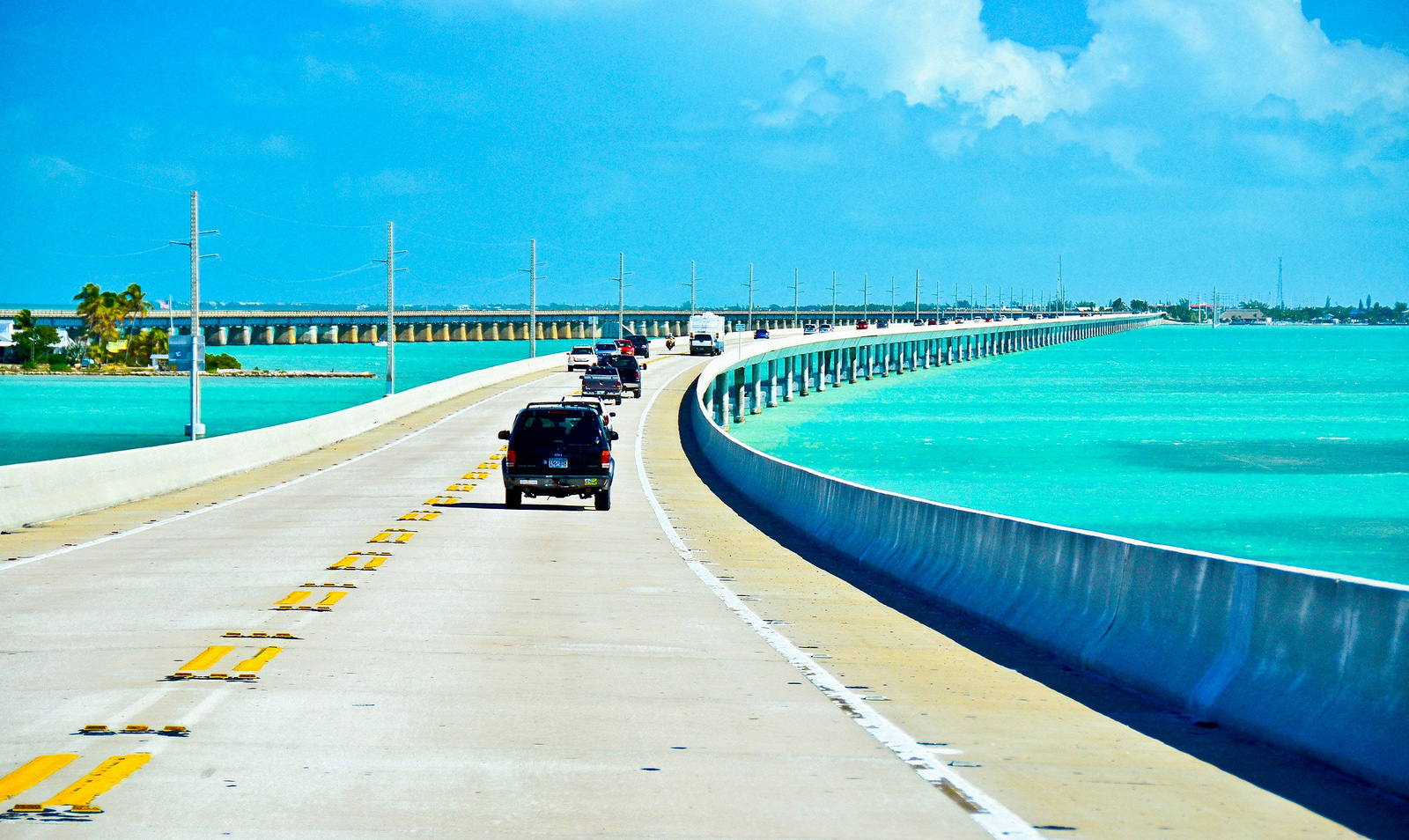 It’s blue here at the southernmost tip of the USA. The sea is so many shades of blue, from a turquoise so dazzling it almost deflects light, to true blue, green-blue, deep marine blue, milky blue . . .

Over 700 small islands make up the Florida Keys but only 43 are inhabited and linked by bridges. From Miami on the mainland to Key West is 263km and, like Chapman’s Peak Drive, the route is extraordinarily scenic. A mixture of tropical and Cape Town vegetation, beach shacks, palm trees, bourgainvillea, hibiscus and plumbago galore.

Elephants are in short supply. However, there is a little deer called the Key deer, a subspecies of the white-tailed deer whose only home is on a few of the islands. It’s the smallest North American deer and is about the size of a steenbok.

My daughter and two grandchildren were visiting from icy New Jersey where the temperatures freeze your breath. Key West, in comparison, is bliss. Clad in shorts, slipslops and smiles, we set off to try to find the elusive Key deer.

The organizers of this expedition, Gabriel Tarrow, 10 and Jamie Tarrow 9, had researched the area, the habitat and the deer beforehand.

“Key deer are unique to the Florida Keys,” explained Jamie, “and are classified as an endangered species. We will be lucky to see them.”.

Gabriel, a trailblazer by nature and serious map interpreter suggested we trek to No Name Key as it was inhabited by few people and thus the deer were likely to feel less threatened. Good call. With binoculars, water and sustenance, we drove up to No Name Key.

You leave the main US1 highway (a stunning road with ocean on either side) and branch off to this rather smallish, nondescript bush-and-treed island. We passed a few houses and continued for kilometres along a spindly road checking the undergrowth on either side. There were no other cars at all, a good sign indeed.

We were just beginning to despair when my granddaughter exclaimed “There!”

We stopped. Behind a bush we saw an ear twitch, then a small face emerge. It had large eyes, that looked as if they had white eyeshadow, ringed with black mascara, a shiny black nose and a gentle tan-orange fur. The tail was black and white, the underbelly whitish – altogether a most appealing deer. Small horns identified it as a male.

We sat silently and suddenly three females appeared behind the male. Munching away, they barely looked at us, then, one ventured up to the car and stuck her nose through the window.

We watched them until they disappeared into the bush. Elated we drove back to US1 deciding to visit another wild life refuge, Crane Point: a nature centre with a small historical museum situated on a hammock.

In the USA, a hammock is a term for clumps of trees, usually hardwood, that form ecological islands in a contrasting ecosystem (this, by the way, is the Google definition). Hammocks are always slightly elevated and in South East Florida are surrounded by wetlands.

Archaeological evidence proves humans first appeared at Crane Point (and indeed other Keys) over 700 years ago. They were the local Native American tribes but sadly, they were vanquished by tribal fighting and then, in more recent times, by invaders, adventurers, and exploiters from Europe and South America.

The first documented folk arrived at Crane Point in 1903. George and Olivia Adderley (no relation to Adderley Street, Cape Town), came from the Bahamas in the 1890’s, first setting up home in the upper Keys. Then the enterprising George bought 63 acres of land and settled at Crane Point in the lower Keys. Originally known as Vaca, he built a typical Conch house, sturdy and handsome. Historically, it’s the second oldest house in the Keys.

A fisherman, sponger, trader and entrepreneur, George sailed his goods down to Key West where he bartered them. His wife Olivia planted vegetables and fruits and made wicked liqueur from the ubiquitous coconut palms.

We walked through the Crane Point reserve for almost three hours taking trails and exploring but saw little wildlife other than a giant iguana and gorgeous golden orb spiders. Like balls of sun, they hang suspended in their webs, their male mates minute in comparison.  The females tempt the males with their resplendence then gobble them up after they’ve mated. An interesting thought.

A small bird reserve rescues injured birds then releases them after treatment if they’re able to fly. Various raptors, owls and pelicans enchanted with their curious expressions.

Weary and satisfied, we drove back to Key West. And here’s the sting in the tale. The next morning, my granddaughter, Jamie, decided I had to be more representative of the place I now live in. She purchased some hair colourant and an hour later, my hair looked magnificent – turquoise.