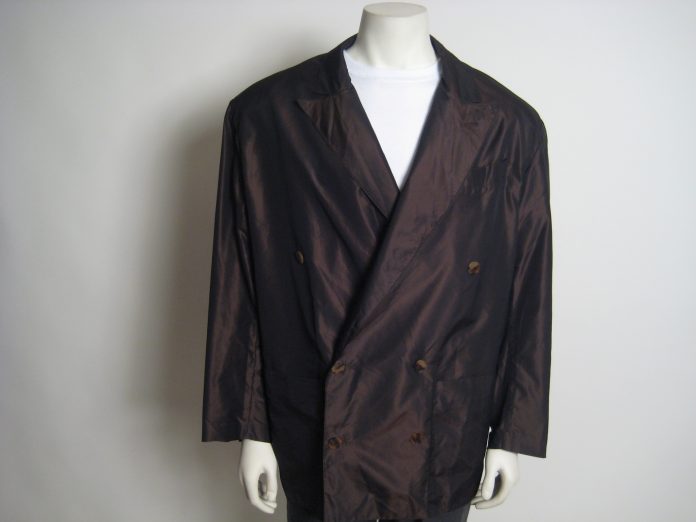 My new friend Mr Aziz wants to make me a suit. Tailor made, hand stitching, quality fabric, Saville Rowe tailoring. It says so on his card.

He hands it to me as I stroll along Hong Kong’s Nathan Road, one more aimless tourist in the teeming throng. With the instinct of a fisherman who sees faint ripples in the water and senses a fin, Mr Aziz has seen something about me that suggests a man in search of suit.

“Let’s get you measured up,” he says. “When are you leaving Hong Kong?”

“Two days,” I tell him. “No problem,” he says. “We’ll cut and we’ll sew, my man will work all night for your pleasure and it’ll be ready tomorrow.”

I tell him I’ll speak to my style consultant and look around a little more. Mr Aziz sees his fish nose the hook and slip away but shrugs and manages a smile.

Stella is not so sure Mr Aziz is the man for the job. I show her a picture of the suit I have in mind as we breakfast in the foyer of the Peninsula Hotel. Stella is a woman of the world who knows about fine tailoring. It’s a suave suit, she agrees. Single breasted, two buttons, classic cut with a fine black fleck.

I tore the picture out of one of those men’s magazines that seems to believe I have thousands of dollars to spend on a watch. The cashmere and wool suit in the magazine is made by Louis Vuitton and costs more than R75 000, according to the caption.

Stella approves. She can imagine George Clooney wearing a suit like this.

I tell her what Mr Aziz will charge. She pauses. “I think for a suit like this you better go see Mr William in the Regent Shop.”

Such is the timbre of her voice that I dare not quibble.

The Regent Shop is in the lower level of the Peninsula Hotel’s shopping arcade, and Stella leads me past shops bearing the names of Testoni, Bruno Magli, Cartier, Zegna and Christian Dior. It’s a galaxy away from the dumpling restaurants and package-tour hotels in the district where Mr Aziz plies his trade.

William Hui beams as we enter, hand extended in a warm welcome. There’s a suggestion that destiny has delivered me here. He’s been waiting his whole life for me to illuminate his existence with my presence.

He’s the perfect gentleman’s tailor, attentive, complimentary, humorous and discreet. His own suit is impeccable. Naturally. It’s a charcoal double-breasted number in a subtle pinstripe, nipped at the waist, worn with a pewter tie over a white shirt with a hint of double cuffs. Plainly, a suit here is not going to be cheap.

As if by magic, his book of swatches flips open at the very page with my desired fabric. It’s a lightweight Italian wool. “Look,” he says, scrunching it between his fingers then flattening it out. “No crushing! You could sleep in this suit and still look like a million dollars in the morning. This is multi season material. In South Africa, you can wear this all year, no problem.”

On top of the book of swatches is a price. It says HK$9,500. Hui sees a flicker of pain cross my face. “How much you want to spend?” he asks. I tell him the most I could afford would be HK$4 00. I’m lying – this is far more than I’d hoped to pay. He sucks in his cheeks.

“Okay. You Stella’s friend. I make a deal for you. Six thousand.”

I name a brand of credit card that usually causes merchants to clutch their throat, half hoping that this might sink the deal. “No problem,” says Hui, beaming. This is a bad sign. If he’s prepared to accept this card, I’m paying too much. But by now, Hui has me on the hook.

We set the protocols. Single breasted, flat fronted pants, two buttons on the jacket front, three on the sleeves. I am measured and examined from all angles, photographs are taken, earnest discussions take place in Cantonese, Hui claps my shoulder and we’re done.

I return the next day for a fitting session, conducted by a serious young man with a mouthful of pins. A day later, the call comes to my hotel. The suit is ready.

It’s set up on a tailor’s dummy when I enter the shop, and Hui whisks it off with a practised flick of the wrist. It sits wonderfully, an instant morale booster. Inside the jacket there’s a pocket for my passport, another for pens and one lower down for business cards.

Hui shows me how the buttons on the sleeve can be unfastened. “Real button holes,” he says. Embroidered on the inside right pocket is my name, and the date when the suit was created. He throws in a silk tie and I walk out whistling, a happy man. And damn the expense, because if it’s a dark night, and if I’m silhouetted against a bright moon and seen at a distance, you really couldn’t pick me from George Clooney.