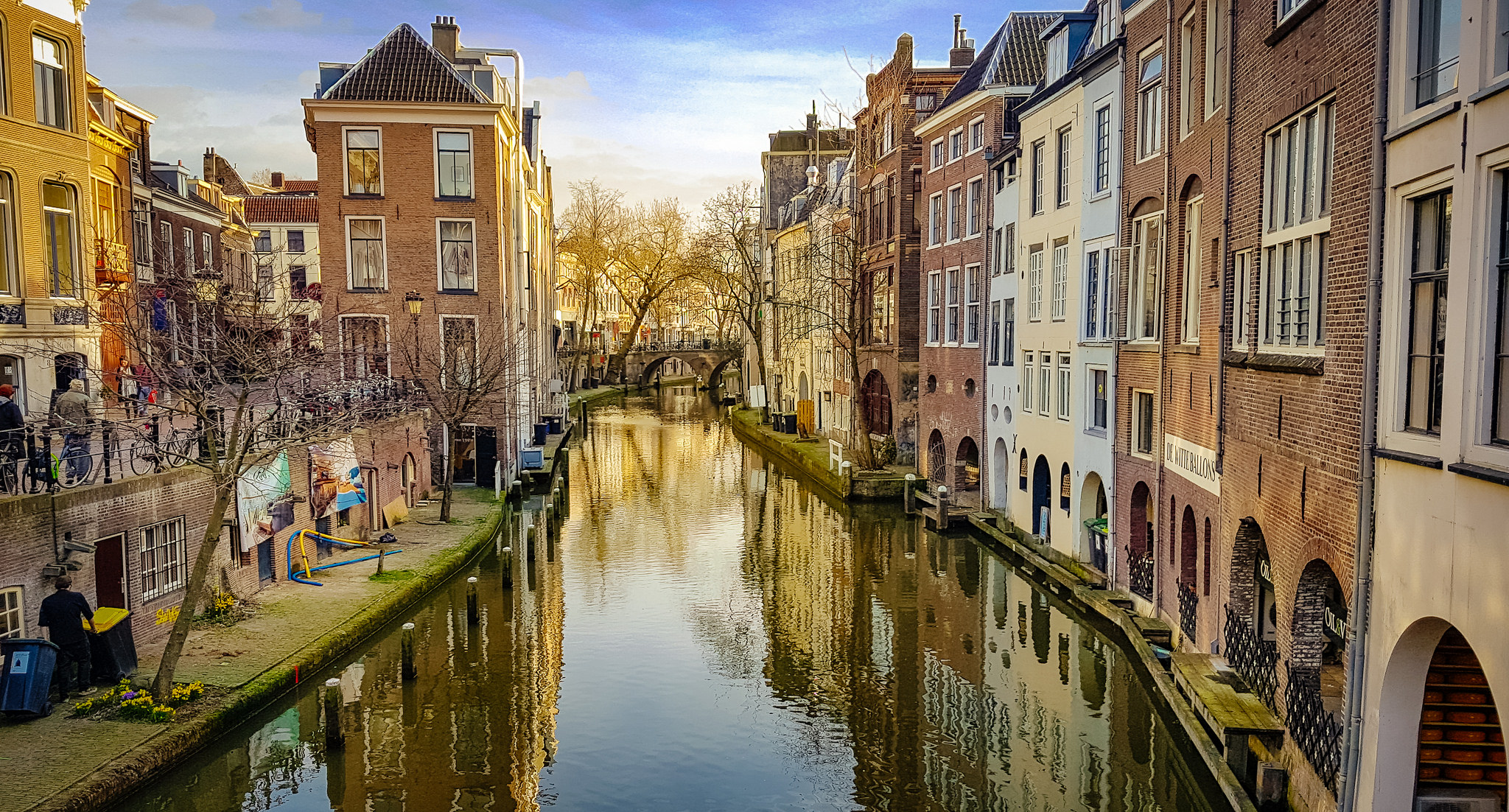 Mariaplaats is one good example or Pieterskerk at Voetiusstraat, the oldest cathedral in the Netherlands founded in 1048. Another hidden gem is the post office at Janskerhof where ceiling light streaming into narrow glass windows provides a religious atmosphere.

Along Oudegracht you’ll find a flower market on Saturdays. Students and families picnic, eat ice cream and relax under the chestnut trees.
Holland is full of canals, but only Oudegracht has two levels – one in line with the water and a higher level of street life. Stairs go from the upper to the lower level and cafes, galleries, offices and homes are built into the quay at the waterline.

Utrecht’s natural landmark is Domtoren, Holland’s highest church tower (112m) derived from 13th-century and part of the city’s former cathedral, which fell into ruins in 1674. Take the 456 steps to the top for magnificent views. On a clear day you can see to Amsterdam.

An icon of modern architecture with movable surfaces, this 1924 house is a UNESCO world heritage site. Take a guided tour.

Enjoy Utrecht from the water. Public transport options include boats, water taxies, canoes or kayaks. You can even ride in a Venetian gondola. Gondola rides start at Oudegracht 177, tour boats at Oudegracht 85th.Remember to duck as you sail under the bridges.

Dating back to the mid 1800s  Winkel van Sinkel is a high-ceilinged cafe with outdoor seating overlooking the canal. At night the place becomes a nightclub with disco balls and DJs.

A cool restaurant with a lovely patio and Asian themed cuisine. The place is popular so noise levels are high.

A medieval atmosphere prevails at Restaurant Oudaen in an old building dating back to the 1400s. Large iron lamps hang from the ceiling beams. You can watch  beer being brewed in the basement.

Here, 69 types of beer are served under the arches of a former church. Enjoy the antique statues, musical instruments, posters and other stuff from your great-grandfather’s time.  Evenings here are packed.