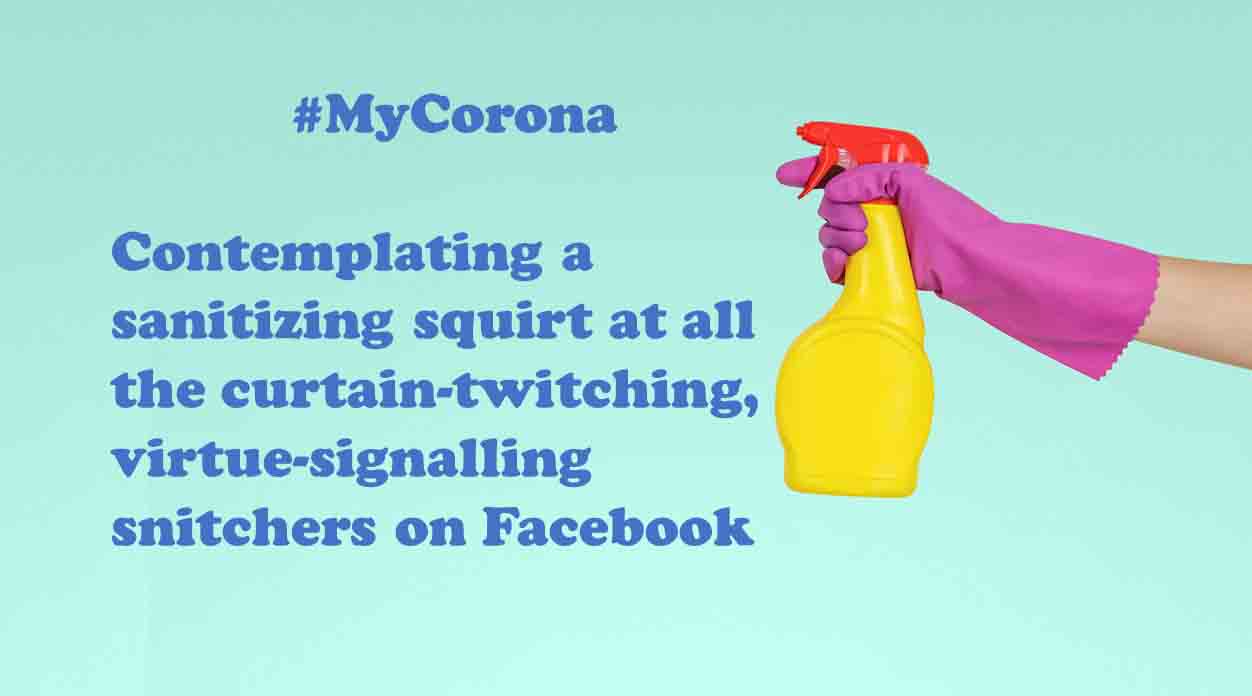 ‘Don’t be silly, I have plenty of friends I don’t like,’ says the Dowager Countess in Downton Abbey.

Staying at home with a beady eye on my Facebook friends, I’m getting a good insight into what that means.

Virtue signallers, curtain twitchers, conspiracy theorists and pedantic pedagogues … who knew that beneath the wise but wicked personalities I fell in love with are these irksome traits?

Then again, maybe it’s me. Maybe I’m a subversive, sideways-pulling miscreant who never learnt to work in a team. But let me not go down that rabbit hole, because god knows, I’ve been down too many already, and it’s only Day 8 of the apocalypse.

The other thing I’m discovering while at home is that I dislike housework so much that I’ve developed blind spots in my vision to ‘not see’ the dog hair on the rug, the paw prints on the white cushion covers, or the scuff marks on the kitchen floor. Sure, the dishes get done, but by Day 21 of the apocalypse, I think the oven might’ve acquired a second use, to get them out of sight and out of mind.

Then another discovery. On my route marches around the garden twice a day I think I’m figuring out the difference between flowers and weeds, but also that I don’t care enough to pluck them out. In any event, I have this unorthodox view that weeds are maligned and should be left alone, especially if they’re plucky enough to feign the look of flowers.

I’ve also learnt that although my man-in-the-garden has a remarkable weed tolerance of his own, he does a lot around here, including keeping the grass and succulents from doing what nature does best, take over the place.

Also taking control is madness, of course. Has anyone else been having weird anxiety dreams, the kind that Carl Jung would have a field day with? And what are you starting to look like? Unkempt would be kind in my case. Tavern wench would be more like it.

Still, I am learning how to do things that my mother’s generation was good at. Like taking the bag off the vacuum cleaner and putting it back again, glueing the handle back on the shears and removing leaves from the head of the kreepy krawly. I even have a roll of catgut out, if only just to look at it and congratulate myself on knowing what it is.

Whatsapp has become my umbilical cord to the sanity. I’ve learnt I’m not the lone wolf I like to pretend I am.  Instead, my Breaking Bad wolf tempting my inner Red Riding Hood is becoming more alluring by the day.

By the end of lockdown, I’m hoping to be a graduate in passable domesticity and still have a limp grasp of sanity. Otherwise, look for me in the Karoo, wearing a mask and slippers.