Home Columns Gnome on the Range 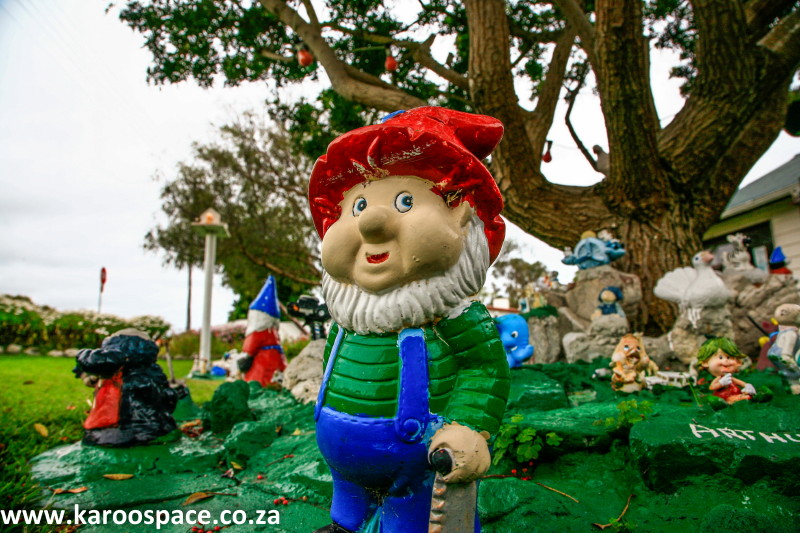 Here in the Karoo, either you’re a gnome person or you’re just passing through. I brought Walter and Pudding Face to our home in Cradock some years ago and ensconced them in the lavender patch next to the water tank at the back.

My gnomophobic wife Jules was not that keen when Walter and Pudding Face called to me from the intersection of JA Calata Street and the Middelburg road out of Cradock. We were just leaving town to cover the annual Fly-In at Carnarvon in the Hard Man’s Karoo. An excerpt from Jules’ notes:

A man was selling hideous cement articles for the garden: flamingos and dwarves. We screeched to a halt. I sat dumbfounded as my husband haggled over dwarves. The bakkie door opened, Chris lowered something in with a grunt then said: “I’m getting the other one.”

This landed on the floor behind Chris’s seat. (Pudding Face) had pink skin, and a vacuous, vague mien, his right hand cradling half a barrel. What crap was this?

It was only on the Vosburg – Carnarvon road that I saw the second dwarf. Chris stopped, hauled out the gnomes, and set them in the middle of the road for a photo session. Where else in the world could you turn a provincial road into a photo studio with garden gnomes?

Truth be gnome, I like travelling with them. They don’t bitch if I play Little Feat or buy steaming bags of Russians and chips from dodgy hangouts in Karoo dorpies. They stand still when I pose them as landscape anchors for wide-angle photographs.

Then, just like Tim Noakes going all bacon bits on us, Jules changed her tune when we discovered Arthur Farnham’s collection at Grumpy’s Nest in Onrus, near Hermanus. The widower (now passed away) lived alone, except for the motionless garden dwarves, fairies, elves, lizards, donkeys, bokkies, frogs, Snoopy, Asterix, lambs, kittens, elephants and doves.

While I nosed about his gnome garden, he told Jules he first bought his first garden gnomes from Checkers, which offered a good quality range, “also from a pensioner in Durbanville, and the Garden Centre in Somerset West.”

Arthur Farnham’s favourite gnome, Gerome, had been liberated and was travelling the world. “Whoever took Gerome must work on a cruise ship or something.” He hauled out his scrapbook.

“Look, here is Gerome on a bunk. And here he’s in Scotland.” He showed the picture of a gnome on a kilt with a Scottish flag, tot bottle of Glenfiddich, and a bag of haggis oatcakes. A postcard stuck to his scrapbook read:

I’m in bonny Scotland visiting my cousin’s wee elk. Been out on the toot in this toon. Having a wee swally. Off haggis hunting tomorrow. See you when I get home. PS Here’s a list of eating places in Auld Reekie. I’ve circled the ones I’ve been to. Gerhome.(sic)

Another postcard read: I’m in Canada now and having fun. Hope you are well. Wish you were here. Gerome.

This wasn’t Arthur’s first gnome-napping incident. Another one came back.

“I found it on my stoep with a note: ‘I’m back. Happy Easter.’ There was an Easter egg with it but I’ve never eaten it.”

And there was the most depressed gnome above a sign that said: I’m back! It looked like me after a winter with no road trips. *Cabin Fever Face*

The late Arthur Farnham’s gnome garden,  Grumpy’s Nest, was famous. A couple of bergies about to be married by a dominie of the Dutch Reformed church, had their wedding pictures taken in front of all the dwarves.

A note  read: When you read these few words we will no longer be part of your selfish world, where we serve merely as decorations.

I believe a garden gnome likes to work in the garden at night. Oom Jan Manuel, our gardener, says it’s hard enough having TwoPack, our German Shepherd, helping him in the garden. He doesn’t need gnomes but I know that were it not for Walter and Pudding Face’s stoic watch over the back garden, my sleep would be very troubled indeed. 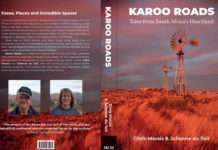