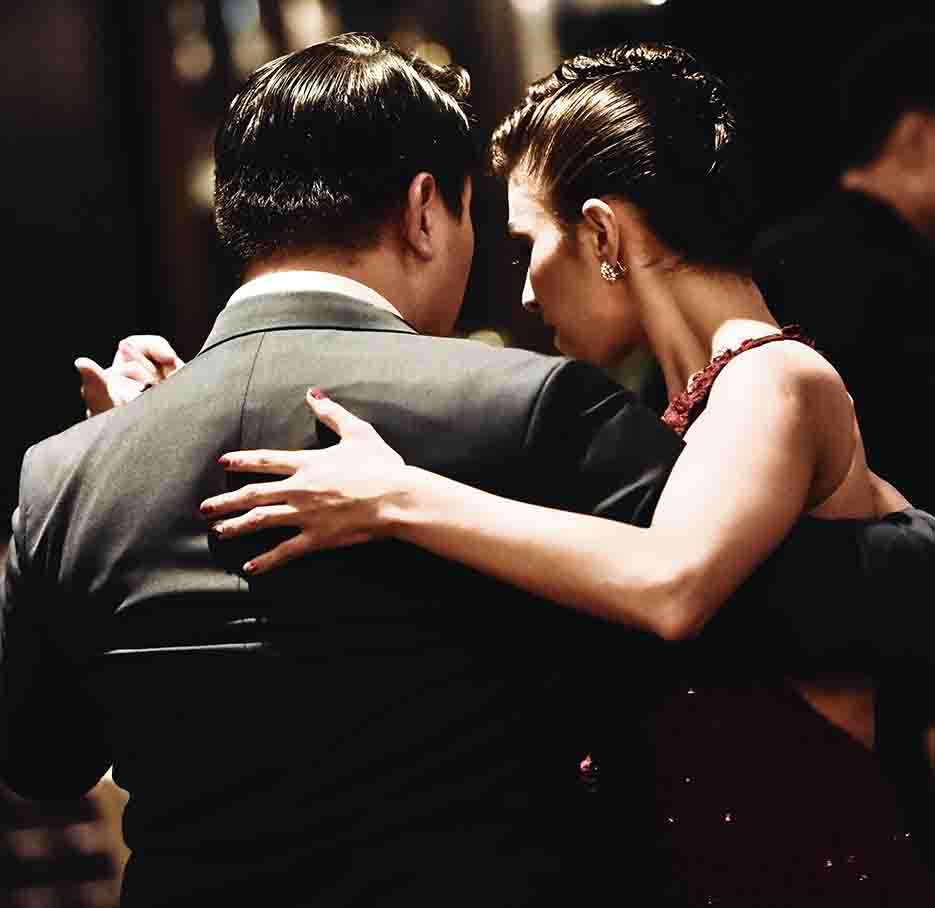 Don’t laugh at me Argentina. The truth is I loved your city. I loved the grandeur, its faded splendour. I wanted to move here, learn Spanish, drink in the hair-tossing, hip-swiveling culture, smell the espresso. I wanted to paint flowers on balconies, hear poetry in the trees, but perhaps it was not meant to be

Buenos Aires rocks. No, that’s not the right word. Buenos Aires rolls and glides. It dips and sways. It kicks out a finely honed leg and twirls you around like … oh hang on, that was Paulo.

Ah Paulo, just one of the many dark-eyed Latin lotharios lining the streets. Paulo, Luciano, Jose … all so charming, so willing to dance, anytime, anywhere! What woman wouldn’t part with a few pesos for the pleasure of learning such passionate party steps?

Paulo made you feel like a tango temptress rising to hot rhythms on a Hollywood set of West Side Story as  pavements pulsated with buskers, musicians and tango dancers every few blocks.

My room on the sixth floor of the Plaza Hotel, a 1909 Art Deco building on the pedestrian Florida precinct overlooked the Plaza San Martin where palms, oaks, jacarandas, and a 200-year-old rubber tree shade a 1982 Falklands War Memorial.

Erstwhile guests include Juan Carlos and Sofia of Spain, the Aga Khan, Joan Crawford, Ginger Rogers, Catherine Deneuve, Sophia Loren, President Charles de Gaulle of France, Indira Ghandi, who left the curtains open so she could wake up to sunlight, and Luciano Pavarotti who bought the hotel furniture after learning Maria Callas and Arturo Toscanini had dined in his suite. Travel in those days was a riot for the rich. Today not so much, thanks to all the mask-wearing regulations. A distinctly Dystopian edge has corrugated the  zinc conventillos of La Boca.

Built by Italian immigrants in the 1880s, La Boca was a tourist magnet, its tenement houses dazzling in hues of pinks, reds, yellows and blues. Washing flapped between dilapidated balconies and music filled the air. Artists sold their paintings on the cobbled El Caminito Street amid a riot of tango bars and cafes.

The tango emerged in the late 19th Century in the bordellos of La Boca when lonely European sailors danced with local tarts in confined spaces, creating a sexy salsa with a macho edge. 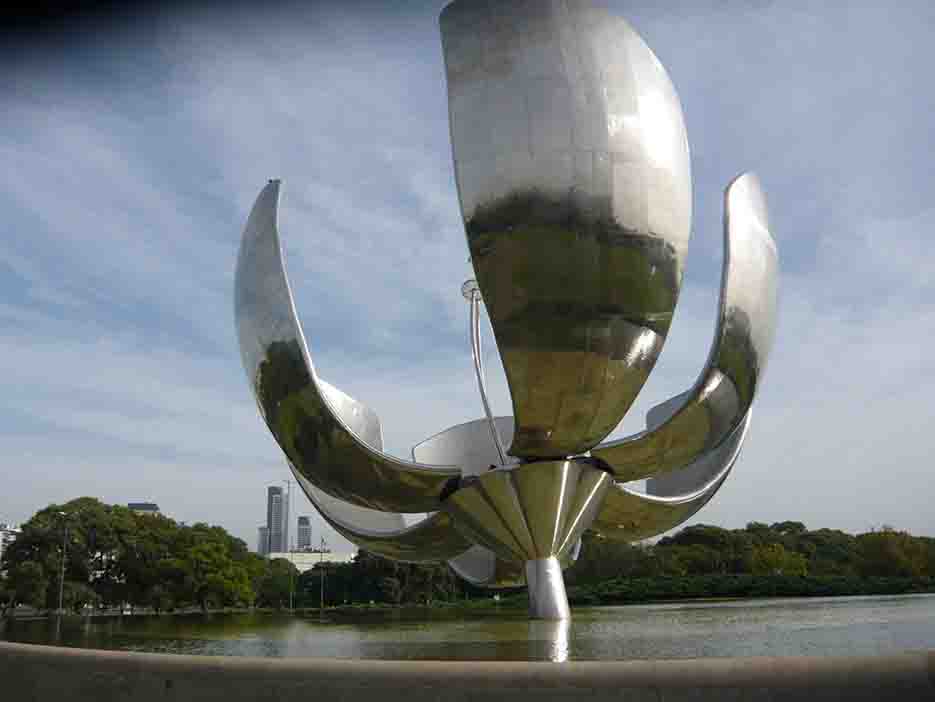 We enjoyed a dinner cabaret at El Querandi, a San Telmo restaurant in a restored 1867 building, rubbing shoulders with local Portenos – “People of the Port” ­– at a dozen wooden tables facing the stage. Once the plates were cleared, a trio struck up a wheezing accordion, piano, and cello, for a choreographed knife fight. The men were whippet-thin and sleek as seals, the women, lithe and lissome in spiked heels, as they traced   the tango’s history through dance.

French in architecture and design, the barrios or suburb of La Recoleta in the north speaks of affluence as  professional dog walkers exercise pampered pooches in well-shaded streets.

We visited Evita Peron’s small, black granite tomb in La Recoleta Cemetery burial place of choice for Argentina’s elite. After her death, General Peron had her embalmed, but her body was violated and moved around for 20 years before she was finally interred here. Stray cats roam the labyrinth of alleys between the tombs that range in architectural style from Greek temples to Egyptian pyramids and Art Nouveau vaults.

We walked Florida and Sante Fe avenues – handbag heaven – shopping for Argentine leather jackets and shoes. We found parks and plazas with fascinating sculptures such as Eduardo Catalano’s 13 m steel and aluminum Floralis in Figueroa Alcorta Avenue that “blooms” at 8 am and closes its massive petals at dusk.

An obelisk erected in 1936 to commemorate the 400th anniversary of the city’s foundation dominates the 12-lane Avenida 9 de Julio. Apparently it even has its own ghost. A worker on the inside of the obelisk lost his balance and fell when it was struck by lightning in the 1930s.  Apparently on stormy nights, his screams can still be heard.

Nearby is the 1908 Teatro Colón featuring Italian Renaissance, French and classical Greek architecture. Callas and Pavarotti both performed in its multi-tiered auditorium.

Other important avenues radiate from Plaza de Mayo, landscaped scene of some of Argentina’s fiercest struggles. When President Peron was arrested in 1945, Evita rallied the workers in the Plaza to demand his release. Here, too, the mothers of the “disappeared” – young men and women who vanished during the 1976-82 military dictatorship – made weekly protests, even in the knowledge that their quest was hopeless.

At its far end stands the Casa Rosada, the pink building used for presidential meetings. Ox blood was once mixed with the paint to give it that distinctive colour but today more conventional exterior coatings are used.

We took a trip to Tigre, the former agricultural hub at the confluence of the Lujan and Tigres rivers, where Portenos and their families come to enjoy the amusement park, casino and an artisans’ market. The Parana Delta in the north east of the province is a green landscape formed by islands with lush vegetation encompassing more than 3000 square kilometers of rivers, channels and waterways.

Palatial rowing clubs and boathouses line Paseo Victorica where teak hulled boats offer excursions in every direction. Sailed down past hundreds of tributaries and sweet little dwellings on the river banks. Lunch at the popular Gato Blanco (White Cat) restaurant.