Home International 10 things to do in San Francisco 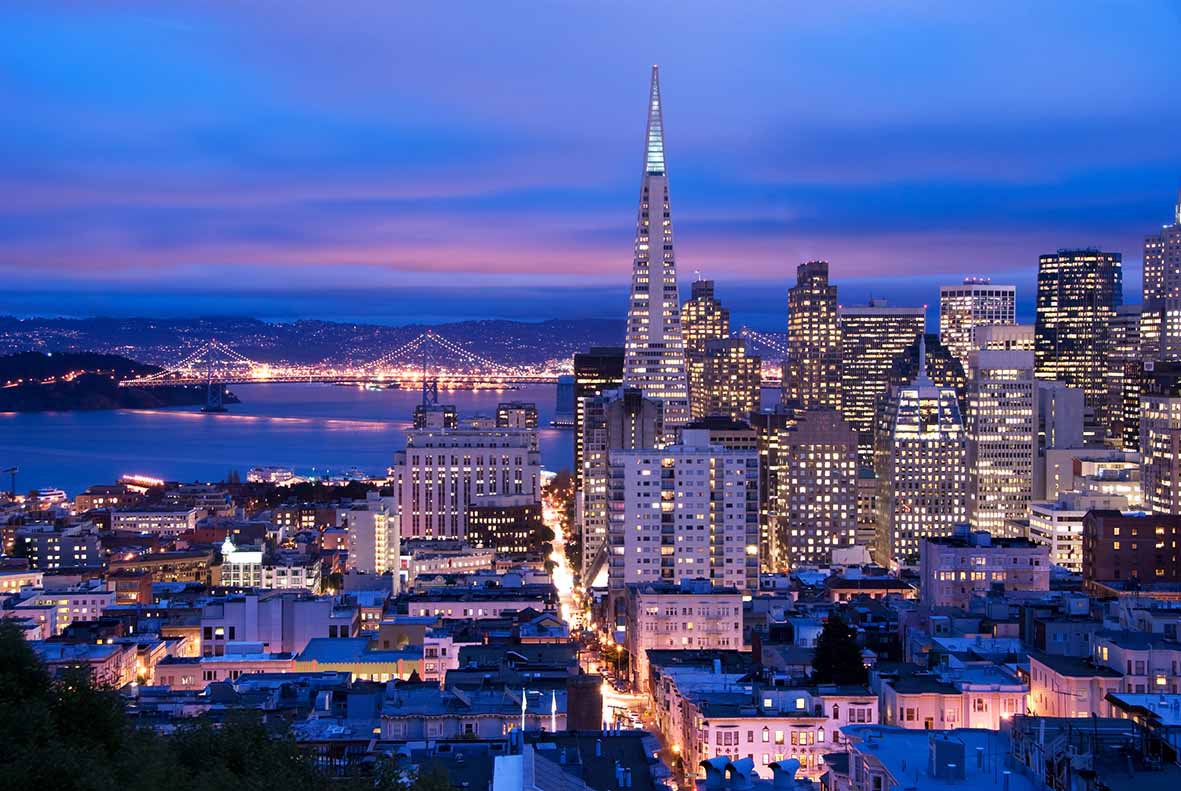 You can spend weeks here and still not experience everything the city has to offer. Here are 10 things to do in San Francisco

Approximately 120,000 cars drive across it every day. There’s a pedestrian walkway and bikes are allowed on the western side. It’s one of the most photographed icons on Earth.

Transporting people around San Francisco since the late 19th century, the city’s cable cars  are moved by an underground cable on three routes. Their familiar bells can be heard ringing from blocks away. Buy tickets at the cable car turnarounds. Enjoy spectacular views of the celebrated hills.

Located on an island in San Francisco Bay, some of the United States’ most notorious criminals were incarcerated in Alcatraz. The prison was closed in the 1960s. Recorded cell-house tours allow visitors to explore the buildings and grounds. To reach the island, take an Alcatraz Cruises ferry from Pier 33.

Home to Pier 39, a festive waterfront marketplace, a community of Californian sea lions lie on the floats to the west of the pier. From there it’s a short walk to Madame Tussauds, the San Francisco Dungeon, Ripley’s Believe It or Not! and the famous crab vendors.

Dragon’s Gate marks the entrance to Chinatown at Bush Street and Grant Avenue, the oldest street in San Francisco. This city within a city is best explored on foot for exotic shops, renowned restaurants, food markets, temples and small museums. Buy potions from herb shops, enjoy a dim sum lunch, or watch fortune cookies being made.

Known as America’s best restaurant city, San Francisco chefs excel at combining the freshest local ingredients, authentic international flavors and a touch of creative genius. Choose your cuisine – Chinese, Japanese, French, Italian, Spanish, Moroccan, Indian, Malaysian, Mexican, Greek, Russian or “fusion,” a combination of any or all of these influences. Here is a list of dining options

Nightlife in San Francisco is a constantly changing scene. The hottest clubs are in the South of Market and Mission districts, with live rock and Latin music. Jazz, blues, swing and “oldies” music can be found all over town. Here is a list of nightlife options

San Francisco is home to symphony, opera and ballet companies. The San Francisco Museum of Modern Art, the Asian Art Museum, the Palace of the Legion of Honor and other galleries are devoted to the finest classical and contemporary arts.