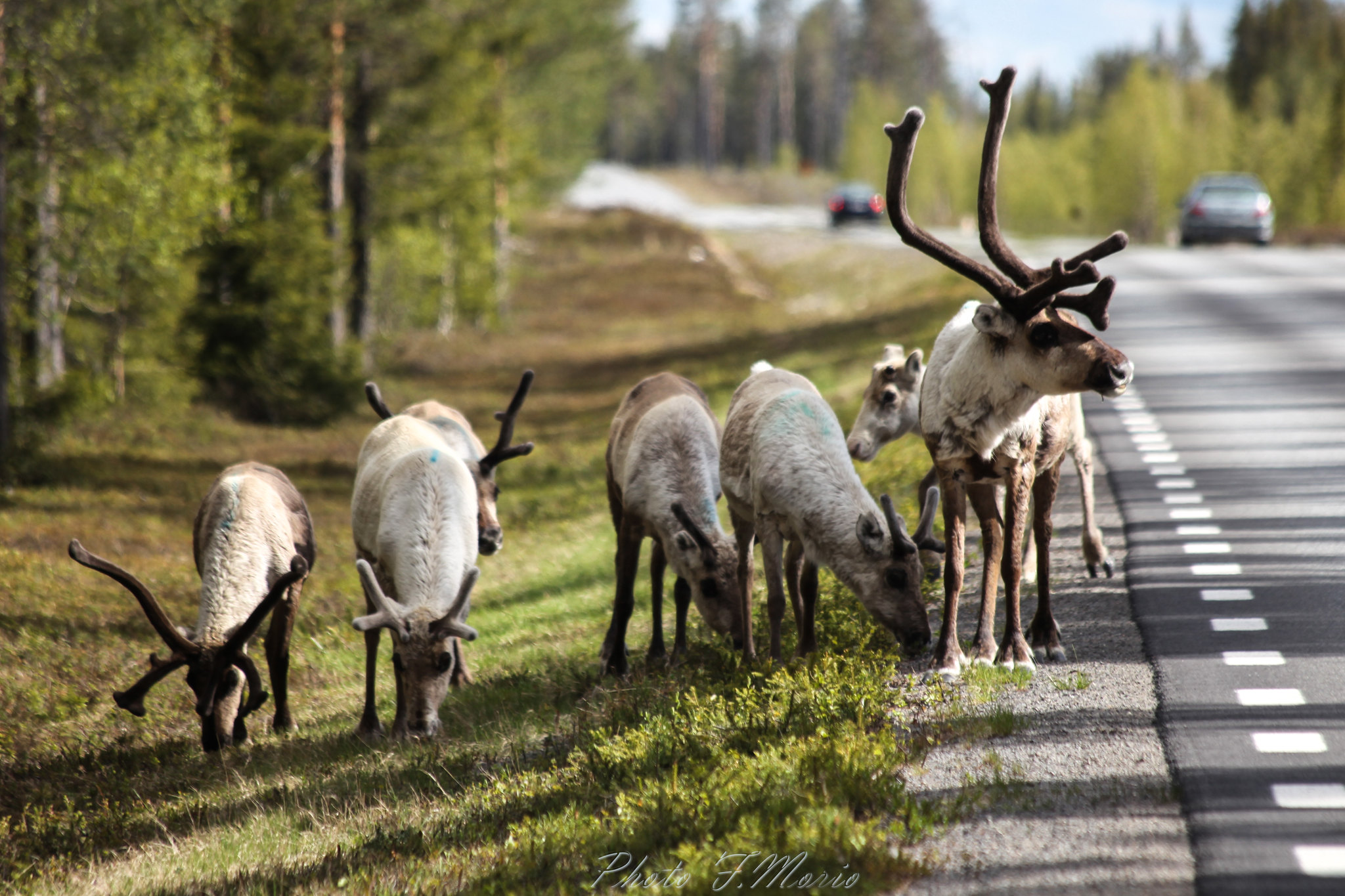 It was the postcard from Jokkmokk that persuaded me. “Wish you were her,” my husband had written. Who? The picture showed a reindeer frolicking in a forest but then I wondered: Don’t lap dancers come from Lapland? Best to go see …

It took four flights to get there from Johannesburg.

I flew with British Airways to Copenhagen via London and onto Stockholm and Luleå with SAS. From there, my husband and I drove to Kalix in the north of Sweden, where we booked into the Hotel Valhall, a four-star establishment that afforded two narrow beds topped by soft, sagging mattresses, hard pillows, a view over the car park, and a  life-sized stuffed brown bear on the staircase.

Seeing the ursine creature for the first time after a few drinks to take the edge off my jetlag startled me. On the plus side the breakfast buffet included fizzy hangover tablets but you had to stack your own breakfast trays.

We wasted no time seeking a home to rent. House prices are cheap – probably because it gets so dark in winter and there’s not much to do here apart from top up your tattoos or pick elderberries. For under 20k a month, we rented a two-bedroom house with sauna and a garden stretching down to the Baltic Sea, close to an indigenous forest. Lapp of luxury!

We shared this semi-detached abode with our 70-something Finnish landlady who walked around in her bra, as is the summer custom in these parts. Indeed, I saw more Swedes in their underwear – business is clearly brisk for tattoo artists – than decent restaurants. It’s a great social leveler.

Like unrequited passion, eating out in Sweden is a series of ‘maybe this time” encounters that only lead to disappointment, though to be fair, this is not entirely true of Stockholm. Standard fare is smoked reindeer steak, (Rudolph’s on every menu) fish and potatoes. Swedish chefs don’t stint on the salt, either. Perhaps it encourages patrons to drink more.

Far better to hit a supermarket for fresh salmon, succulent strawberries, cheeses and even South African wines, cheaper (I kid you not) than Johannesburg’s prices, and make dinner at home. That way, you can enjoy a dop or two. Even one glass of wine is considered over the limit in Scandinavia.

Everyone speaks passable English but the Land of the Midnight Sun is not for sissies. Forget the saunas and beatings with birch sticks; it’s the melatonin deprivation that can do your head in. You’ll never take the darkness for granted again.