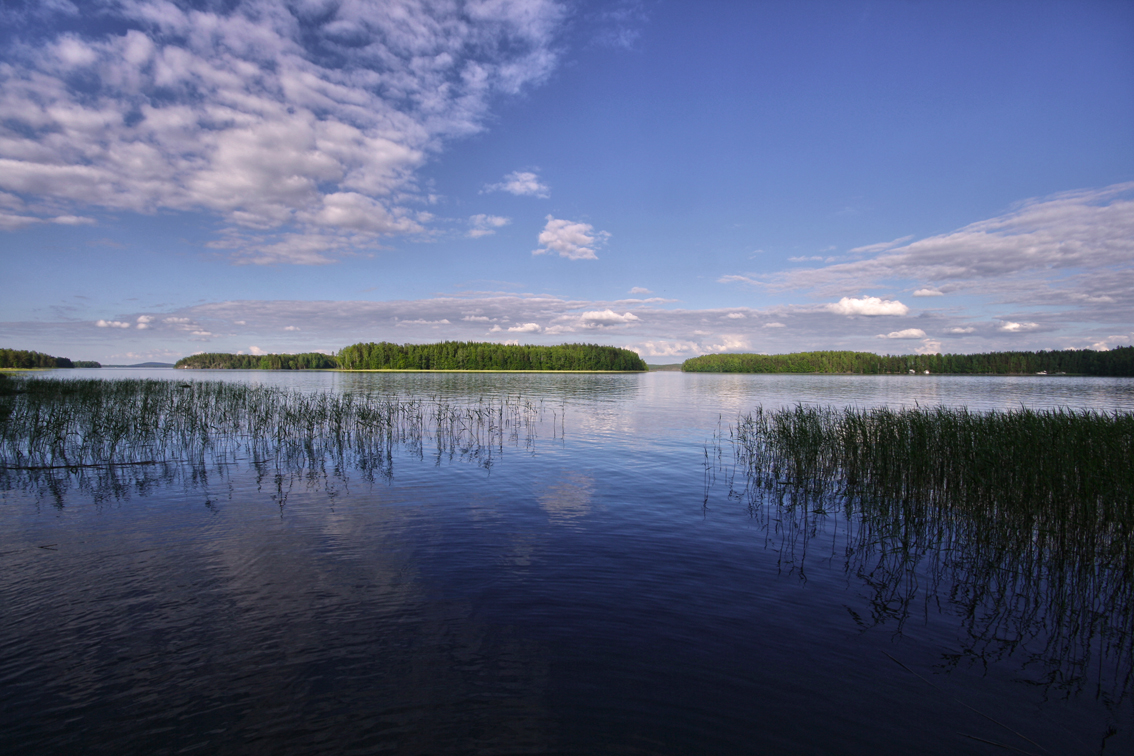 If you go to Finland, you will not escape the sauna. When I arrived at Lentiira Holiday Village and Petri Heikkenen said to me: “You will to sauna tonight,” I could see there was no point arguing.

This was something special too – a smoke sauna, the wood-fired version. The fire is lit in mid-afternoon, and when the wood has burned down, the doors are opened to release the smoke and the sauna is ready for action. Once upon a time all saunas were smoke saunas, and the Finns hold the tradition in high esteem.

All the Finns I spoke to used the word “smooth” to differentiate the heat of the smoke sauna from the more abrupt heat of the electric model, and I must defer to their connoisseurship in this regard.

The smoke sauna has a tendency to spontaneously combust. After several years, the dry wood and intense heat proves a fatal combination. This particular one had burst into flames only a couple of days before my arrival. It was rescued before serious damage was done, but the frame around the door was blackened from the flames.

The procedure is the same as in any other sauna. Shower, sit, sweat, cool off then do it all over again. When I entered there were already five middle-aged naked gentlemen parked on the benches. The rich, tarry smell was supposedly therapeutic, and just one of several advantages of the smoke sauna. When things really get steamy in the sauna, the Finns lash one another with birch branches. The effect is rejuvenating for the skin, so I’m told, although I saw no evidence of flagellation that evening.

One of my fellow perspirees had served time in the Finnish army as part of the UN peace-keeping force in Sinai. “The temperature was incredible. Fifty degrees sometimes,” he told me. And what was the first thing these Finnish soldiers built? A sauna, naturally.

Personally, I was glad to sit and sweat for a while. It had been a tiring day. I’d driven like the clappers to get to Lentiira, which sits toward the northern end of the lake district, in the country’s east. The Russian border is just up the road. Petri had taken me out to see the border crossing that evening. Actually this was just a detour. The real reason we went was so I could go looking for bears.

Just a kilometre or so in from the border we stopped in a forest clearing at the house of Ari Saaski where we met Tero Poukkanen, who photographs the wildlife of the area, Tero is a bear aficionado. His pictures showed bears romping, bears fishing, bears in the snow, bears foraging for summer berries and lying sleepily in the grass, scratching their bellies in a foolishly lovable bearish way.

Tero had names for all the local bears, which number about 30 – a relatively high population density. Finns are allowed to hunt bear but the bears seem to know that they are safe within the narrow border zone.

We left the house and drove along a forest track, parked and put on boots for the squelchy walk through the bog. There was a row of signs with red letters that probably said we were entering the border zone and not to expect the Russians to rescue us if we were foolish enough to venture further. These we ignored. Actually, I did have an official permit with a mug shot and lots of stamps, which probably said not to expect to be rescued …

Within seconds, we were surrounded by mosquitos. Smaller and less meaty than the southern hemisphere variety, the Finnish mosquito packs a wallop by way of its blood-sucking capacity. The Finnish forest is also home to another winged torment with a stripey backside that likes to burrow into your hair and gnaw off a chunk of prime scalp, leaving an itchy welt that lasts for a week. Finland is spectacularly uncrowded by European standards. It has only five million people in an area larger than Italy. I have no doubt these two insects are to blame.

I was trying to be manly about the whining cloud doing its best to suck every last corpuscle from my body. The Finns themselves never swat, seeming to regard the act as a sign of mortal torpor. Each time my arm scythed through the air at the brutes, I thought I detected an almost imperceptible lifting of eyebrows. I could imagine my companions saying later, over a quiet ale, “That fellow, nice enough, but he swats.”

The Finns have a sublime sense of humour.

“My name,” said Ari, as I whirled away like a dervish.

“What?” I asked, trying not to open my mouth too wide.

I realised Ari had just made a joke. It seemed quite funny at the time, but then I was feeling light-headed from loss of blood.

We approached the tiny hide where Tero would spend the night. Ari uncovered the rotting carcass of a cow about 15 metres from the hide. The smell was unbelievable. This was bear bait, nectar to the ursine nose.

The hide was a plywood box about two metres long and a metre wide, mounted on skis so it could be towed into position in winter, when the going was easier. There were tiny windows on all sides and circular holes covered by fabric sleeves through which Tero could photograph the bears.

The whole contraption sat on the edge of a small lake, where he would wait for bears that might or might not come. Tero looked delighted at the prospect, although the cramped quarters, the smell, the lack of liquor and womanly company did not promise a diverting evening. Luckily, there was no sign of any bears and so no reason for me to hang around. With unseemly haste, I said farewell and bolted across the bog to the van.

At the time of my visit, Ari was in the process of building a series of commodious hides to allow visitors to eavesdrop on the bears, wolverines and wolves of the region.

Seizing the opportunity, I suggested that mosquito netting might be a good idea, and I do believe the novelty of this proposal struck a chord.

After about 20 minutes in the sauna I had reached a satisfying level of meltdown so I headed out, pink and steaming, and plunged into the lake. The water was shockingly cold.

At the height of summer, Petri told me, the water temperature could go as high as 18oC. On a mild night in early June, it was freezing. I breaststroked out about 10 metres and by the time I got back my whole body ached, the way your head feels when you eat ice cream too quickly.

I dried off and joined the men at the front of the sauna and sat around swigging beer in a comradely way. It was 11pm and a gentle twilight had just settled. At this time of the year – early June – the sun doesn’t dip much below the horizon and night is an hour of shadow.

Out of deference to my lack of felicity with the language, the conversation switched easily into English. The Finnish language is impenetrable to any not born to it. I managed to master only one word – kittos – “thank you”. Foreigners do study Finnish, but death usually intervenes before they get very far. Fortunately, most Finns speak English

Finns are also deeply conformist. The herd instinct is implanted in the Finnish psyche at birth, and they spend their lives fitting in. Naturally, they drive everywhere and at all times with headlights on full blast. If you want to infuriate Finnish drivers, try driving with your lights off. I did, I can tell you that nothing is more likely to drive a Finn into a paroxysm of rage. Except maybe not giving them right of way at a roundabout. For this they might even toot you, which is the Finnish equivalent of pulling out a gun and blasting your brains out on the freeways of L.A.

I began to wonder if there was a national decree that stipulates this sober colour scheme. I put this proposition to the lavishly perspiring gentleman next to me in the sauna. He looked a little perplexed at my question. “Why would anyone want to paint their house another colour?” I could imagine him asking, so I steered the conversation into calmer waters.

It was almost midnight by the time we dressed. I felt wonderful – clean, healthy and tired. I would go to sleep and dream of bears rolling in flowery meadows. Petri was pleased too. He had a twinkle in his eye.

“Tomorrow we can try you with the birch,” he said, patting me on the back. Tomorrow I would be leaving. Early. But I didn’t want to spoil it for him, so I kept quiet.