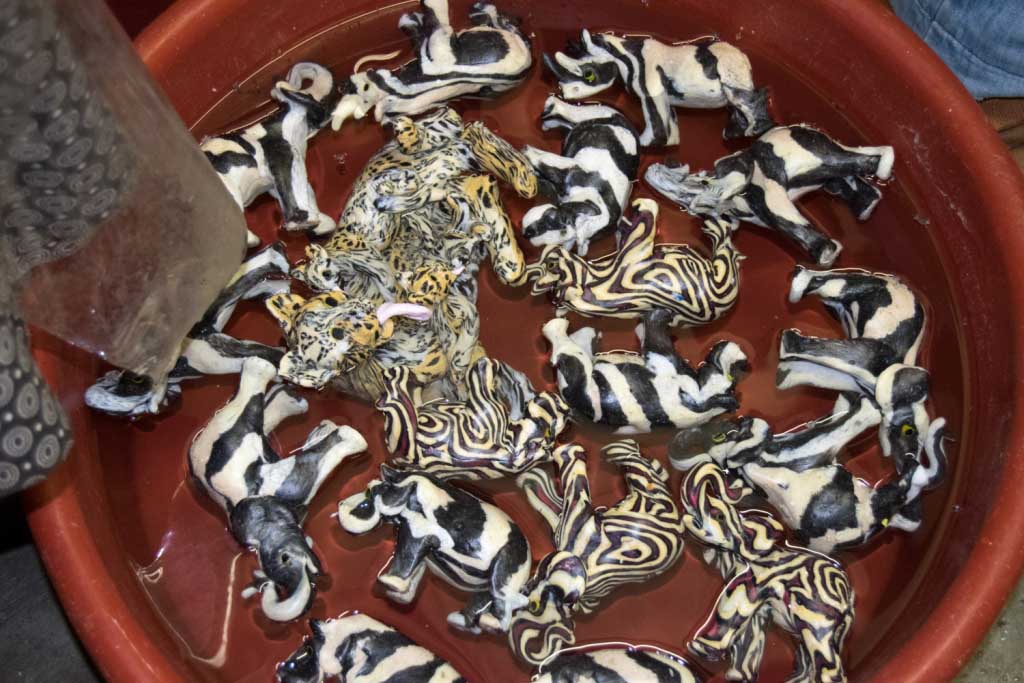 I hadn’t arrived in Swaziland intending to shop. Ironically, I was seeking a retreat from Joburg’s chaotic roads and malls. Coming home with an empty purse happened quite by accident

Swaziland is known for its mountains, adventure sports, and being the smallest country in the southern hemisphere. After my first visit, I’m convinced it should also be known as a craft lover’s dream come true. Many Swazi craft businesses are also rural women empowerment initiatives, so I felt free to flex the credit card, knowing the money was helping create employment in a country where 69% of the rural population lives below the bread line.

I hadn’t arrived in Swaziland intending to shop. Ironically, I was seeking a retreat from Joburg’s chaotic roads and malls. Coming home with an empty purse happened quite by accident. It started when we arrived at Wide Horizons, our luxury tented self-catering accommodation in the Malkerns area, and discovered it was located on the Rosecraft Farm – home to Rosecraft Weaving. Rosecraft was founded over three decades ago by Rose Roques and has become a Swaziland Institution, producing woven goods and employing rural women.

We visited the Rosecraft shop at the nearby Swazi Candles complex in Malkerns, where I indulged in two magnificent hand-woven scarves. There was lots else to see at the centre and we ended up spending a good few hours there.

First up was Swazi Candles itself, which has been creating special Millefiori candles since 1981. Millefiori is a technique traditionally used in glass-making to create patterns. In the case of candles, different coloured wax strips are fused, cut crosswise in thin disks, then stretched across white wax candles. The result is a striking repeated pattern, and Swazi candles have become sought after around the world.

The skilled artisans at Swazi Candles fashion a variety of shapes – from basic geometrical to animals and birds. We watched in awe as they deftly moulded soft, warm wax into a leopard and an elephant within minutes. Of course, I bought some candles. They would be gifts, I told myself.

Later, also in Malkerns, we stopped at House on Fire, home to the annual Bushfire Festival, located at Malandela’s. Last minute party preparations were underway. Puppeteers showed off their trippy larger-than-life neon parrots, Venus flytraps and snakes to enthralled children, and crew members painted stage props amid streamers and spangles.

I reasoned that such a worthy initiative deserved support, so naturally more gifts were procured.

Any self control that I might have had left crumbled in our last few hours in Swaziland as we stopped at the Ngwenya Glass craft complex just kilometres from the Oshoek South African border post on our way home.

Aside from the glass factory and shop itself, there’s Imvelo Eswatini, which sells magnificent handcrafted clay jewellery, Tintsaba Master Weavers (also an initiative that empowers rural women and “Oh my gosh! How can anyone’s fingers weave such tiny, intricate jewellery without breaking the sisal thread!”) and Quazi Design (“What! Everything in here, including the payment counter, is made of recycled magazines? And you empower rural women? Here’s my wallet! Just take it!”).

I returned from Swaziland a little poorer, but having been enormously impressed by the levels of craftsmanship this teeny country boasts. And, at least my gift shopping is done for the year!

Stuff to do in Las Vegas