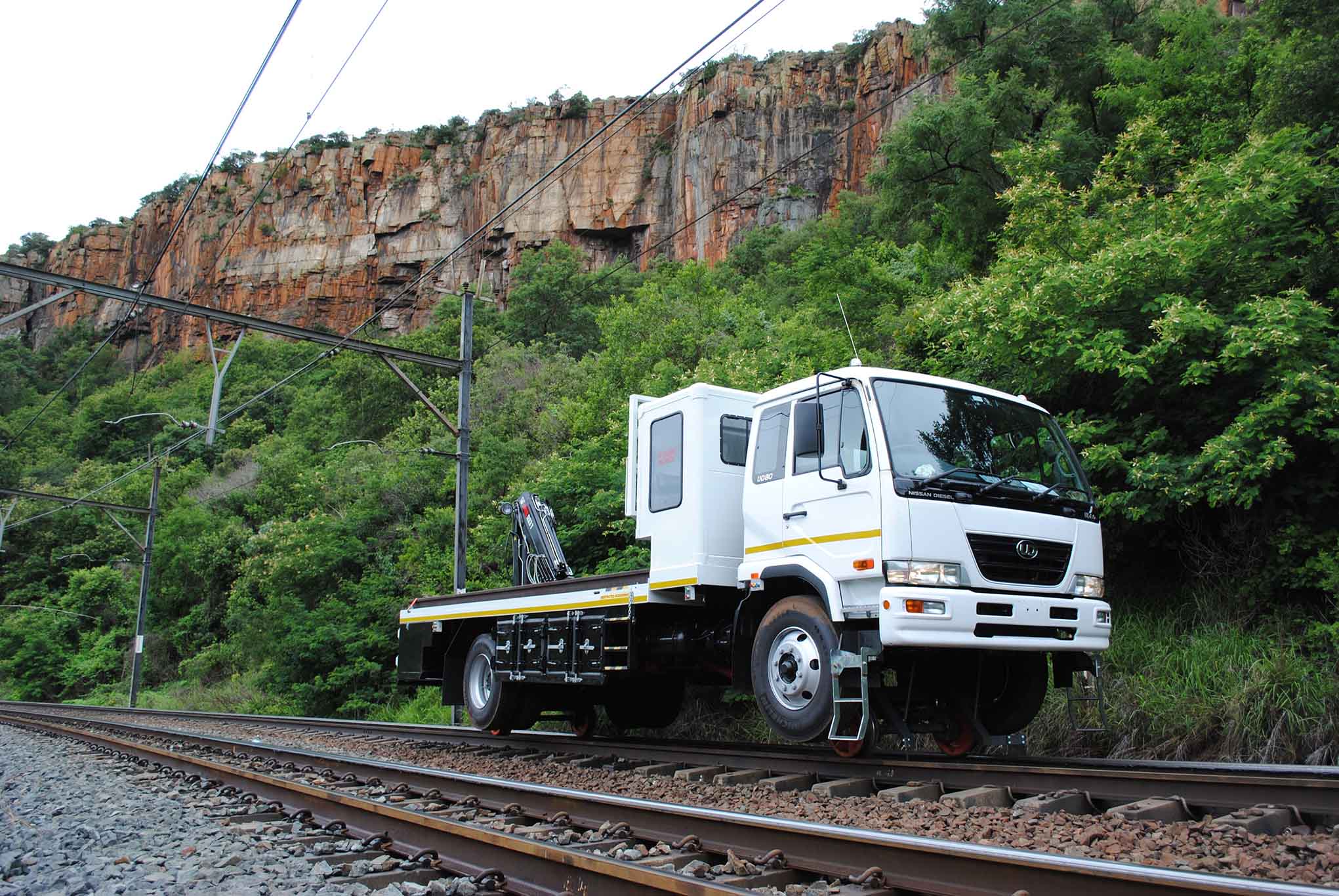 A new transport option for commuters looks set to change the face of the tourist industry, writes COLIN WINDELL

Enter the RailBus – a bus body married to an Isuzu truck chassis with retractable wheels and an SABS award-winning drive system that can transport people on rail or road at up to half the cost in fuel terms than a conventional diesel bus.

Designed by South African engineers, RailPro’s patented direct drive system drive system powers the retractable rail wheels from the bus’s own engine, allowing up to 6 km/litre of diesel when on rail. This means a significant saving on fuel compared to a road bus or locomotive.

Professor Antonio Estache, Professor of Economics at the Universite Libre de Bruxelles, and author of ‘Infrastructure and the Poor in Sub-Saharan Africa’, has called RailPro’s invention“technically and socially smart”.

The launch of the project comes hot on the heels of a World Bank report that cited five ‘binding’ constraints’ or causes of poverty– including limited or expensive connectivity – and concluded “strengthening transport connectivity, integrating transport planning and land use, improving intermodal transport, … were important to overcome the legacy of spatial exclusion and reduce transportation costs and travel time for the poor”.

RailPro CEO, Ed Magan, says the grant that RailPro won plus an innovation award from the SAB Foundation, was being used to convert buses into cheap convenient transport, primarily for rural people. He has his eyes on thousands of kilometres of virtually disused railway branch lines previously used to transport goods and people in rural areas to the main commercial centres.

“There are roughly 9 000 kilometres of largely unused branch lines in South Africa, which are all narrow Cape gauge width. Of these, 4 000 km of track is in usable condition, suitable for the RailBus, Magan says:

“These underutilised rail lines would allow for easier and safer transportation of rural commuters, including school children from their villages to the local towns and commercial centres. Such a facility could also assist rural farmers to get their products to market faster and in a cost-effective manner.

“While some of these lines are not in optimum condition for conventional railway engines and carriages, the RailBus is a light vehicle, with a robust suspension system, designed and well suited to adapting to varying conditions, both on and off rail and it makes economic sense.”

Conventional carriages hauled by a diesel locomotive cost around R20-million. The RailBus is built on a normal 8-ton truck, vastly cheaper, with maintenance costs a fraction of those required for a locomotive, whilst consuming 30 times less fuel per kilometre than a locomotive pulling passenger wagons. Better still, financial institutions are comfortable financing fleets of trucks.

“The RailBus can mount and dismount the railway tracks, meaning commuters can board the bus at a conventional bus terminus before mounting the rails and driving more directly to its destination,” says Magan, who hopes individual metros or local government, responsible for urban passenger transport, will adopt the RailBus, which has attracted much international interest.

However, Magan is adamant that the RailBus should be manufactured locally. “We are trying to create South African jobs and will ultimately be able to export Railbus internationally, thereby creating valuable export revenue for the country.”

Trucks on rails in South Africa is not new. In the late 70’s the then South African Railways in conjunction with Isuzu put several trucks into service to handle the laying of new sleepers and other maintenance.

These are still working and many have been updated as both the truck and drive technology has advanced.

Last year, the Department of Transport (DOT) published a strategic Ernst and Young review of the socio-economic impact of branch lines and is fully aware of where the RailBus can be deployed, highlighting five critically important branch lines, that with conventional locomotive offerings made passenger transport unaffordable.

Additionally, a draft white paper published last year by the Department of Transport says urban commuters are increasingly challenged by road congestion and safety issues and that these, plus long travel times, negatively impacts economic growth and commuter’s quality of life.

An independent railway consultant said: “If the community relied on the railway tracks for passenger and possibly freight transport of their agricultural produce to market, they would likely take ownership of the line and prevent it being vandalised.”

The RailBus will be operated using accepted safety mechanisms such as existing traffic control systems on the rail line, speed limitation, proximity radar and telematic controls.

With the advent of ‘internet of things’ technologies, these systems are advancing rapidly, and Magan cited another world-leading technology out of South Africa, Inteletrack, which has developed a dual GSM/Iridium traffic management system relayed to smart-phones that is already successfully implemented in Zimbabwe and Zambia.

“Unlike any other drive system for Road/Rail Vehicles (RRVs), such as Zagro in Germany, or SRS in Sweden which use hydrostatic drive systems, we have a mechanical and lightweight system that harnesses power direct from the truck’s engine. We believe this advances the concept of ‘bi-modality’ which, harnessed with advanced telematics that can incorporate the latest rail warrant traffic management systems, creates new market opportunities,” says Magan.