Home Columns You can’t be Sirius! 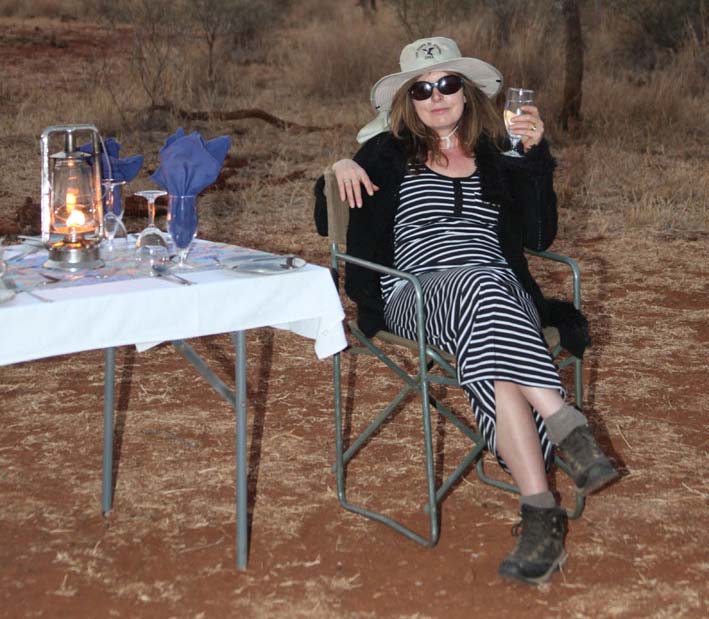 I love stars. Like diamonds on black velvet they are to me, but starry nights also attract one of the worst species of bore – the amateur astronomer. Like the mosquito, this pest can drone on for hours.

Left to myself I’d have no truck with either but clearly I have an irresistible attraction for both. I’m no sooner sucking down a whisky sour at sunset, when the blood-sucking beasties descend for their own Happy Hour, making me slap myself silly.

If that’s not bad enough, nightfall brings a more pernicious pest. While a liberal application of repellent can quell the mozzies, it seems my attraction for the self-appointed Galileo of the Game Farm is so powerful, no insecticide can counteract it.

Already he has singled me out from a pack of travel hacks and is making his approach with all the sang-froid of a business writer. There’s a stagger to his swagger. Too many free beers? The weight of the Southern Cross on his back?

He will mention the brightness of the stars. That’ll be his opening gambit. It always is. “Hey … noticed how bright the stars are?” says he, right on cue.

“No, I’m not wearing my specs,” is the retort that springs to my lips, but he continues undeterred. “Come with me and I’ll show you the belt of Orion …”

Exactly what I’ve been dreading, but Galileo won’t take no for an answer. Mistaking my reticence for shyness, he hauls me to my feet and propels me to a quiet spot away from the group, the better to bend my ear.

“Know how to find Alpha and Beta Centauri?” he asks.

“Yes,” I say, hoping to cut the conversation short. Actually, I have no clue. I’d much rather find a double G&T.

“Right there,” I say, waving an expansive hand towards the night sky. Clearly I’ve got it wrong because next thing I’m on my back with Galileo pointing up and waffling on about meteorites from a supine position next to mine.

I’m just wondering how to extricate myself when an inebriated journalist, if you’ll pardon the tautology, trips over us. “Well, well, well … Excuse me,” says he, barely suppressing a snigger before hotfooting it back to the rest of the party, full of scurrilous gossip.

Nobody believes my explanation about Orion’s Belt. “What, the one holding up Galileo’s trousers?” Such is the tone of the ribald repartee that greets me on my return to the group. Thanks for nothing, stargazer!