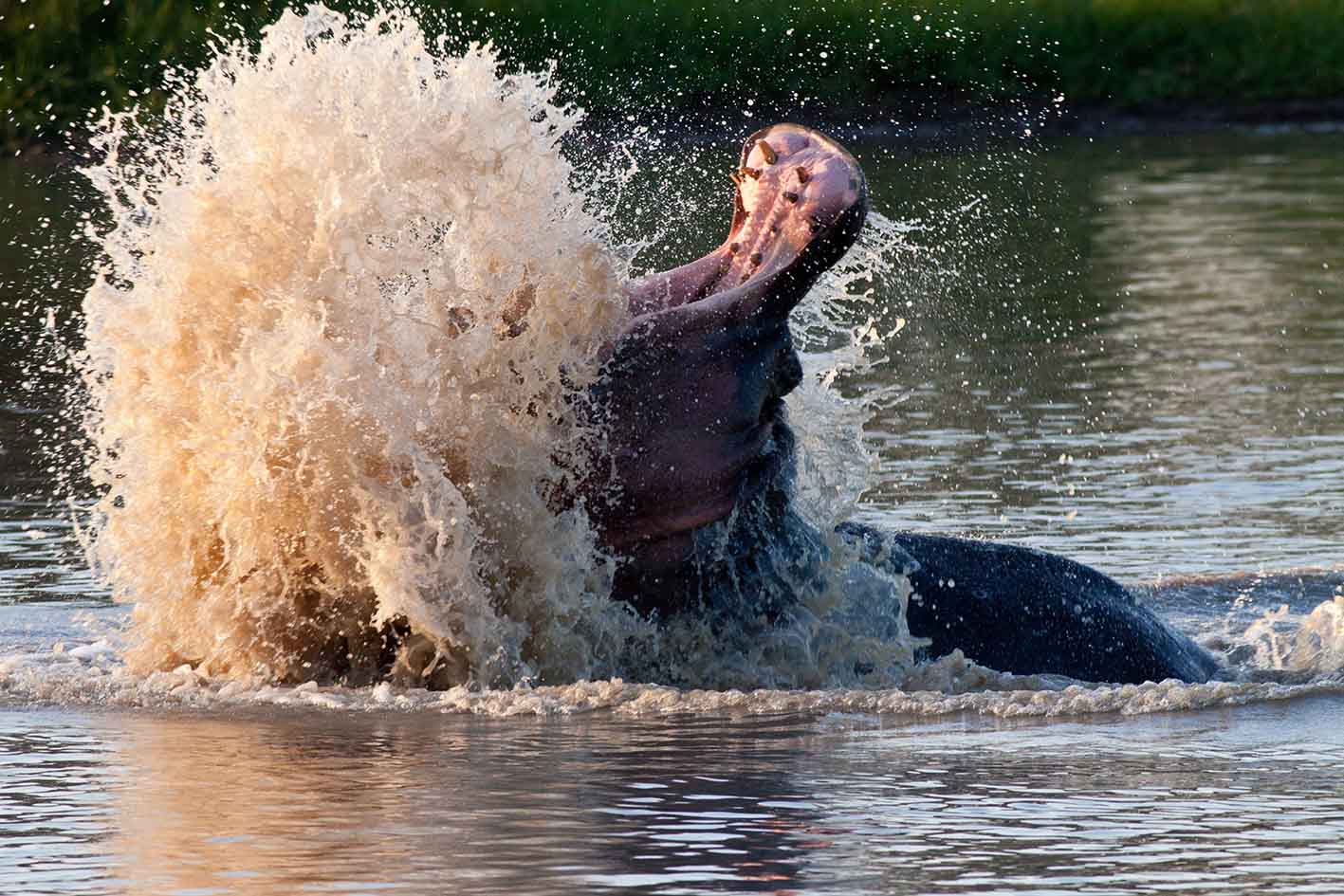 CAROLINE HURRY branches out at nThambo Tree Camp and watches a hippo chase a herd of buffalo out of the water. JOCHEN VAN DE PERRE took the wildlife images

The elephant is so close we can feel the breeze from his flapping maps of Africa-shaped ears. He’s in musth, his legs wet with a pungent combination of urine and semen leaking from his penile sheath. Hot to trot but at least one female short of a happy ending.

As he approaches the open vehicle, trunk at half-mast and ears akimbo, I think: So this is the way the world ends. Not with a bang but a trample.

For once the three British damsels in the seat behind us are silent. And that’s saying something. Much of the game drive had been punctuated with bird-startling shrieks every time we drove through a spider web – of which there were many – followed by endless sotto voce post mortems.

“Ohmygod, it touched my face! Wait! It’s still on the floor of the vehicle!” “Nooooooooo. I’m so like ready to jump out of the car!”

“We can’t! You heard Matt tell everyone not to stand. We might be attacked.”

“I know but I’d rather take my chances with a rampaging elephant!”

Really? I spare a fleeting thought for Isaack Nkuna, our tracker seated on the bonnet of the vehicle – talk about vulnerable – and peer through my fingers at ranger Matt Roberts in the driver’s seat.

He’s acting suitably respectful, doffing his hat, which he waves high in the air. He may as well be waving a chequered flag in front of a runaway bulldozer, I figure, but to my astonishment, the elephant pauses and takes a step back.

Some believe you get further with respect and a rifle, than respect alone but Matt proves them wrong. To our collective relief, the elephant, with a disparaging trumpet, rips up a small tree and ambles off in search of better entertainment. That’s when everyone in general – and the arachnophobes, in particular – realise modest Matt, the alpha male, is sexier than Johnny Depp. What use would he be in the face of a 3m black mamba that strikes at a tracker’s bare shin? But the excitement doesn’t stop there.

We head over to Jason’s Dam in the Kruger Park’s 60 000 hectare Klaserie Private Nature Reserve to find around 300 buffalo drinking – up to 35 litres in one go, Matt tells us – and cooling off in the water some distance behind the wide nostrils of a hippo bull, a cow, and a calf.

Do the two species get along? I ask Matt.

“Not so much,” he replies. “The hippos don’t really appreciate the buffalo defecating in their water and kicking up the mud.”

Right on cue, the bull arises like Neptune in a flurry of white spray and surges towards the herd at the speed of a tsunami. He bites at one buffalo’s rump but it manages to scamper up the banks with the rest of the fleeing herd.

Clearly aroused by his own alpha powers, the bull then turns his amorous attentions to the cow.

A 15-minute marital scuffle ensues – much to the joy of the buffalo that venture straight back into the water while the hippo’s attentions are focused elsewhere. The hippo cow, still suckling her calf, is so not in the mood, which makes for another spectacular splashing display of coercion. Eventually the bull wears himself out and leaves the cow in peace, but it’s truly the stuff National Geographic dreams are made of.

Nthambo Tree Camp, a Sun Destinations venue in the Klaserie Private Nature Reserve, comprises five chalets on stilts with unspoilt views across the undulating savannah. Here, from your wooden balcony you can see lightning skitter along the distant Drakensberg range as the air vibrates with the trilling drill of a black collared barbet. You can lie under your mosquito net and listen to yipping silver-striped jackals, count shooting stars from the boma, or tiptoe with pounding heart to watch an elephant feeding off an amarula tree. Bliss. 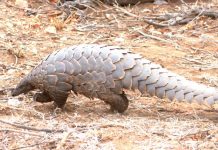