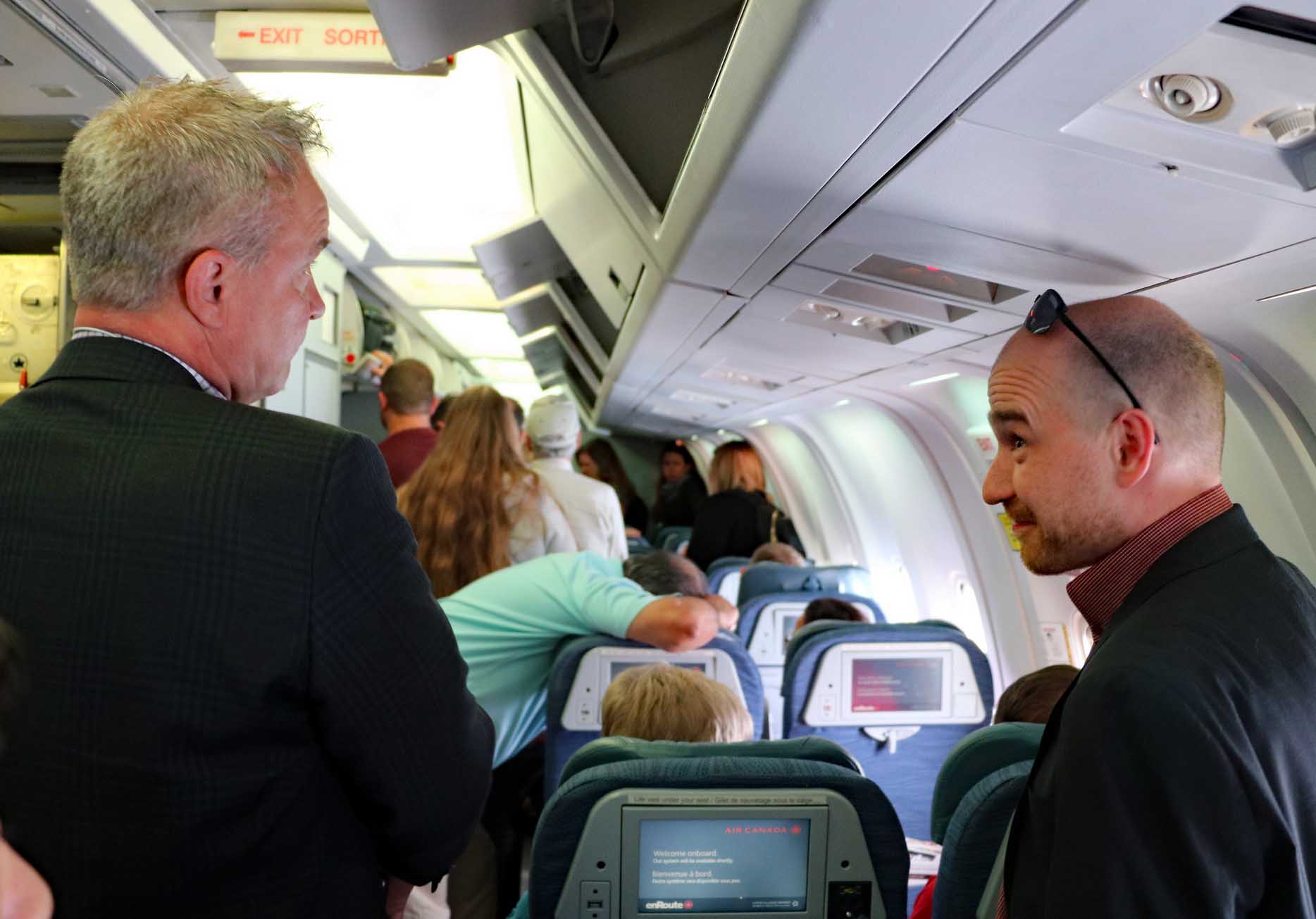 Colin Windell finds himself dodging a flying rucksack or two

Men – well, real men – cannot carry handbags, laptops slung over the shoulder or backpacks. There is something in our make-up that prohibits us from cultivating this ability.

When flying, I have a preference – my wife calls it an affliction – to board early, thus ensuring my carry-on item goes in the rack above my (aisle) seat.Too many people hog the first few rows of Economy for their luggage while they sit at the rear of the plane.

The downside of being seated early is being smacked with laptops or bags. Worst is the “snotklap” that comes from a backpack!

In queues, men don’t just turn their heads to talk to the person behind them. They turn their entire upper bodies, forgetting the rucksack that has to go somewhere in this process.  Heaven help you, though, if you grab the missile mid-flight to avoid being decapitated. The dirty look should be captured and used by the Springboks when the All Blacks perform the Haka. It will scare them silly!

And, woe to you should a backpackingman be seated nearby. The operation of releasing the shoulder straps involves wild gyrations for bearer and bag, endangering at least four rows of passengers.

It is not rocket science but men just don’t think – something women have been telling us for years.

Sliding off the tracks