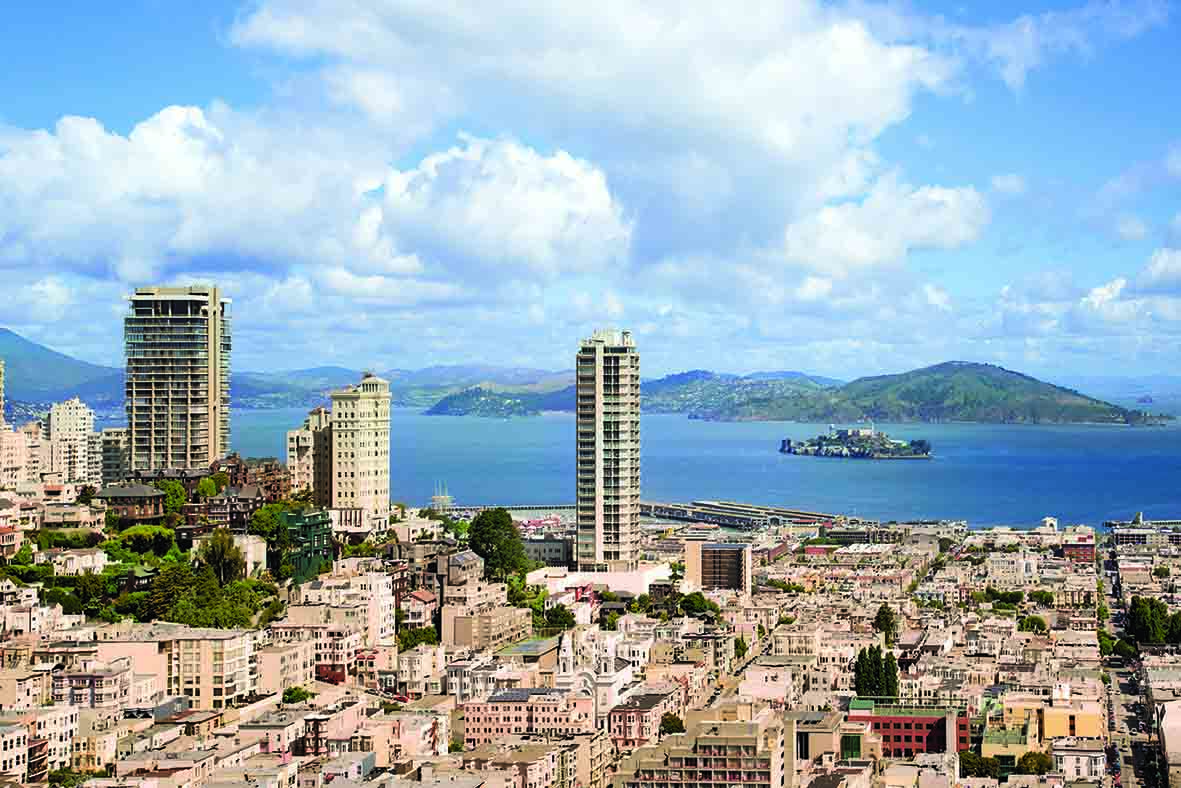 In 1848, all that glittered around San Francisco was the gold rush. The Financial District was once a cove packed with 700 abandoned ships. The odd archaeological foray has unearthed masts, hulls, bone toothbrushes, buttons, coins, and opium pipe bowls from those wild days when 20 000 Chinese workers were shipped in to do the jobs nobody else wanted like cleaning fish and latrines.

Our guide from Foot! Fun Walking Tours weaves in tales of immigrant struggles, racism, prostitution, and foot binding, as she walks us through China Town’s alleys to see a fortune cookie factory, temples, barbers, and balconies festooned with laundry and strips of drying meat. An old man plays Jingle Bells and Hark the Herald Angels Sing on a one-stringed lute, even though it is April.

A circus looking for a tent is how Will Durst described San Francisco, but he might just as well have been speaking about Fisherman’s Wharf.

The northern waterfront area is full of surprises from scary Laughing Sal at the Musee Mecanique to pelicans and sea lions on Pier 39’s concrete slabs.

A gesticulating war veteran rants at his invisible companion. And the Bushman – a local lurker, who hides behind branches to frighten unsuspecting tourists – is a laugh when it’s not you leaping sideways with a shriek! Our guide from Extranomical Tours says he knows several guys who do this.

We learn about notorious gangster Whitey Bulger, a prisoner of Alcatraz until 1963, who returned to his alma mater to pose as a tourist in 1995, still on the run from the FBI. An Alcatraz tour offers stunning views of the bay and Golden Gate Bridge, still the most spectacular show in town.

We take the tram up to North Beach. “Wow! This tram’s packed! Standing room only! Who’s giving up their seat to Angela Lansbury?” bellows the driver as a white-haired woman gets on. “Nothing like a good murder to relax you! You want out, you pull the cord. Roll it! Roll it! Ding! Ding!”

As we lurch up the steep incline, the running commentary continues apace. “Annie! Stupid FKing bird!” he shouts. No, he’s not talking about his ex wife or a wharf pelican, he’s promoting upcoming shows on Broadway. The guy’s a riot!

In Little Italy we check out the Church of Saints Peter and Paul where Joe DiMaggio and Marilyn Monroe posed for their wedding pictures, before returning to the Fairmont Hotel atop Nob Hill.